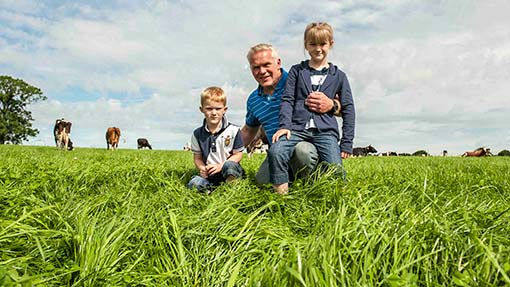 The winner of this year’s Yara Grass Prix produced a staggering grass yield of 183,927MJ/ha and feed value of 17.7t/ha dry matter.

A modest winner, Mr Watson says: “It has been an exceptional year for growing silage – warm and wet. When we needed rain, we got it.”

Using grass silage of such high value and quality as the basis of the dairy ration has had significant benefits on the farm, says Iain Wallace of ForFarmers (formerly BOCM Pauls) .

“You can improve cow health and save money on farm, which is important with milk price cuts,” says Mr Wallace.

By treating his grass as an arable crop, Mr Watson achieved a margin over fertiliser cost of £2,695, says Yara agronomist Jez Wardman.