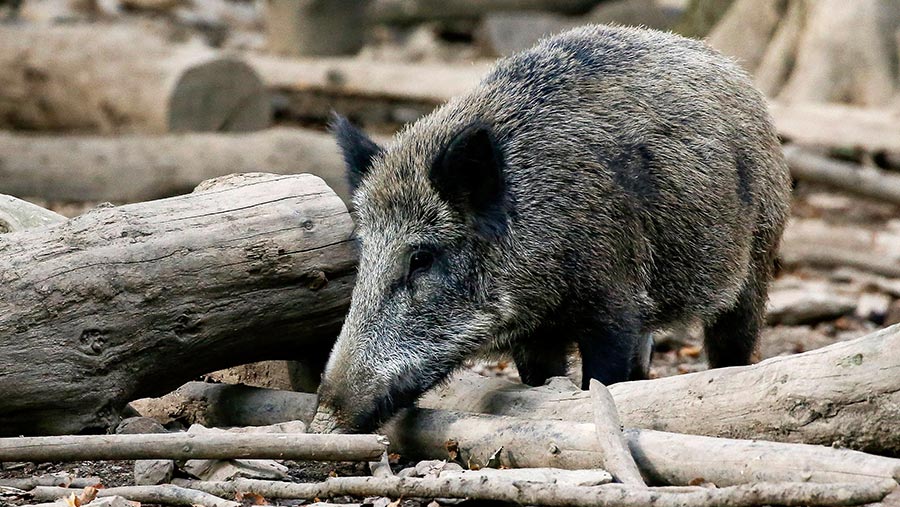 The highly contagious disease affects 55 countries worldwide and has killed millions of pigs in China over the past 12 months.

Wild boar living close to commercial pig herds have been identified as a key vector behind the relentless spread of the virus across Asia and Europe.

However, the latest trial of an in-feed vaccine has raised hopes that the disease spread could be halted.

Scientists based at the Visavet Health Surveillance Centre in Spain used a strain of the virus isolated from a dead wild boar and created a vaccine.

During a 30-day trial, a small population of wild boar piglets were immunised using vaccine-baited food and then exposed to the disease.

More than 90% of the piglets withstood the disease challenge, developing only minor symptoms.

It is the first time a vaccine delivered as a bait has achieved such promising results.

The study also showed the immunity in the treated animals was passed on to boar that had not been vaccinated.

But the researchers said further studies were needed to examine exactly how this protection had been handed on.

Dr Jose Angel Barasona, researcher and co-author of the report, hailed the trial results as a breakthrough.

“Overall, we demonstrated that oral immunisation of wild boar conferred 92% protection against a highly pathogenic strain of ASF that is currently circulating in Asia and Europe,” said Dr Barasona.

“To date, none of the control measures have been effective due to the complex nature of the virus, gaps in knowledge concerning infection and immunity, as well as technical difficulties,” he said.

However, the Spanish team created the vaccine using serum isolated from a wild boar, which was found to be a far weaker, but still virulent, strain.

This enabled the team to produce a safe live vaccine that still gave protection against the more dangerous form.

When tested, as well as proving its effectiveness against one of the most dangerous ASF strains, it revealed an additional capability to immunise other wild boar through contact with orally vaccinated animals.

“The shedding of this vaccine might help amplify vaccination coverage, reducing the need for expensive production and large-scale administration of vaccine in the field,” explained Dr Barasona.

“If the safety of the vaccine can be established, then it may help mitigate the uncontrolled spread of ASF across Europe and Asia,” he concluded.