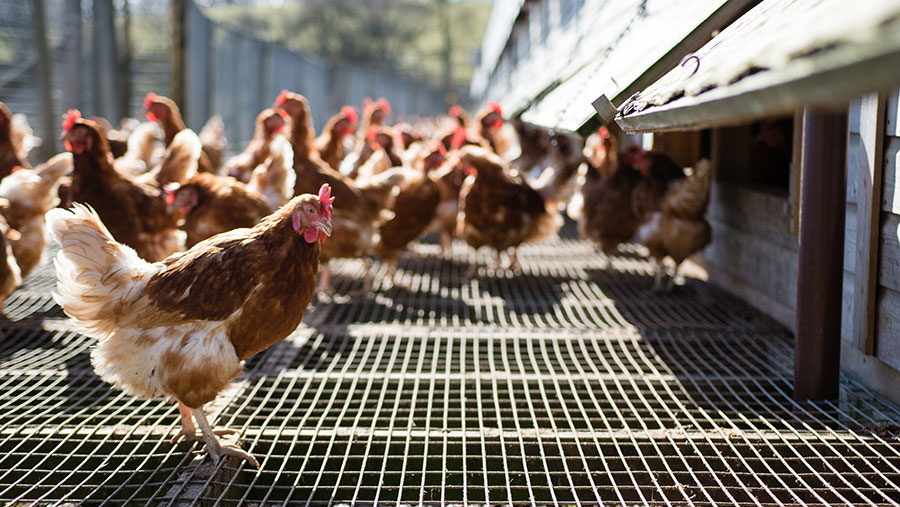 A bird flu prevention zone has been declared across Great Britain to try to stop the spread of the disease among poultry and other birds.

From 5pm on Wednesday (3 November) it became a legal requirement for all bird keepers in England, Scotland and Wales to follow strict biosecurity measures to help protect their flocks (see panel below).

Poultrykeepers with more than 500 birds must restrict access for non-essential people, change clothing and footwear before entering enclosures, and site vehicles must be cleaned and disinfected regularly.

Backyard owners with smaller numbers of poultry including chickens, ducks and geese must also take steps to limit the risk of the disease spreading to their animals, Defra said.

The introduction of the AIPZ comes after the disease was detected in captive birds in as well as wild birds at multiple sites.

A flock of kept birds that tested positive for the high pathogenic H5N1 strain of the virus has been culled at a poultry farm in Angus, the Scottish government said. This followed confirmation in October of a case of the same strain in a swan at a wild bird rescue centre in Worcestershire.

The Welsh government has also confirmed a case of H5N1 avian flu in a small poultry premises and wild birds in Wrexham, North Wales.

For poultry and captive birds, Defra has raised the risk level from “low” to “medium” at premises where biosecurity is below the required standards, but remains “low” where stringent biosecurity measures are applied.

The APIZ, which is now in force across Great Britain, does not include a requirement to house birds, but “this is being kept under constant review”.

With the increased risk of avian Influenza during the winter, the need to include a mandatory housing requirement may arise, Defra said. Further disease control measures will be based on the latest scientific evidence and veterinary advice.

In a joint statement, the CVOs for England, Scotland and Wales said: “Whether you keep just a few birds or thousands, you are now legally required to introduce higher biosecurity standards on your farm or smallholding.

“It is in your interests to do so in order to protect your birds from this highly infectious disease.

Avian influenza circulates naturally in wild birds and when they migrate to the UK from mainland Europe over winter they can spread the disease to poultry and other captive birds.

Properly cooked poultry and poultry products, including eggs, are safe to eat. The UK health agencies advise that the risk to public health from the virus is “very low”.

Poultrykeepers and members of the public should report dead wild birds to Defra’s national helpline on 03459 33 55 77 (option 7). In Northern Ireland, contact 0300 200 7840. Under no circumstances should dead birds be touched.

Applies to all bird keepers (including backyard and hobby keepers)

Visit the Avian Influenza (bird flu) page at Gov.UK to find out more about the prevention measures.