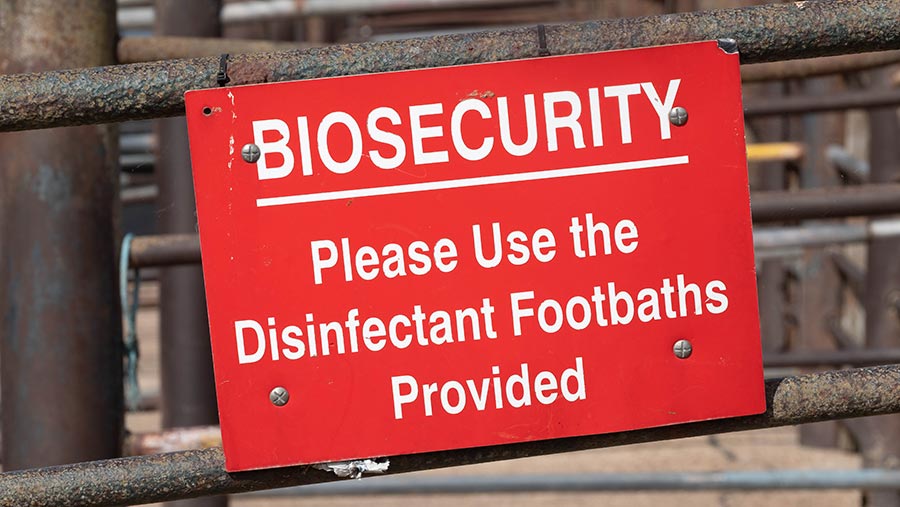 Cattle health scheme membership has risen by 30% among commercial herds as farmers bid to protect livestock and prevent costly disease.

The increase was revealed in a survey of almost 1,000 members of schemes licensed by Cattle Health Certification Standards (Checs).

See also: Advice on vaccinating cattle against lungworm: the do’s and don’ts

The body, which sets biosecurity standards and best practice for disease control, said schemes had previously been the preserve of pedigree herds where accreditation improved an animal’s value.

However, Checs chairwoman and Welsh dairy farmer Abi Reader explained that fewer than 30% were now signing up for that reason, and membership was being driven by commercial units instead.

The survey showed 60% of new scheme members had joined for management reasons.

“That includes the aims of having a healthier herd, better disease control and saving money on laboratory testing,” Ms Reader said.

Increased uptake from a different, more proactive type of farmer could explain the jump over the past two years from 10% to 13% of all UK cattle farms being in schemes, she suggested.

“But the government and industry-led disease eradication or control schemes currently under way, such as Stamp Out BVD and Action Johne’s, could also be driving demand,” Ms Reader said.

This was borne out by the survey responses on financial benefits.

More than half of respondents were still aiming to increase the value of individual animals for sale, but 46% also reported wanting more productivity and 45% fewer losses.

Just over a quarter said their veterinary and medicine costs had reduced.

Ms Reader said she was pleased to see a rise in the number of dairy farmers joining.

“Where just one in 10 health scheme members was a dairy farmer a decade ago, it looks like every third new joiner is a dairy herd,” she said.

Other findings in the survey showed the two main diseases targeted were Johne’s (83%) and BVD (78%) while about a third were tackling leptospirosis and/or IBR.

More than a third (34%) reported they were making “excellent” progress against their diseases and 49%, “good” progress.

However, the survey also revealed that three quarters of Checs farms believed they ran a “closed herd” – yet they had bought in cattle within the past two years.

While only 10% of farmers in the Checs survey said biosecurity measures were not rigorously enforced, a further 14% were ambivalent and 16% didn’t know.