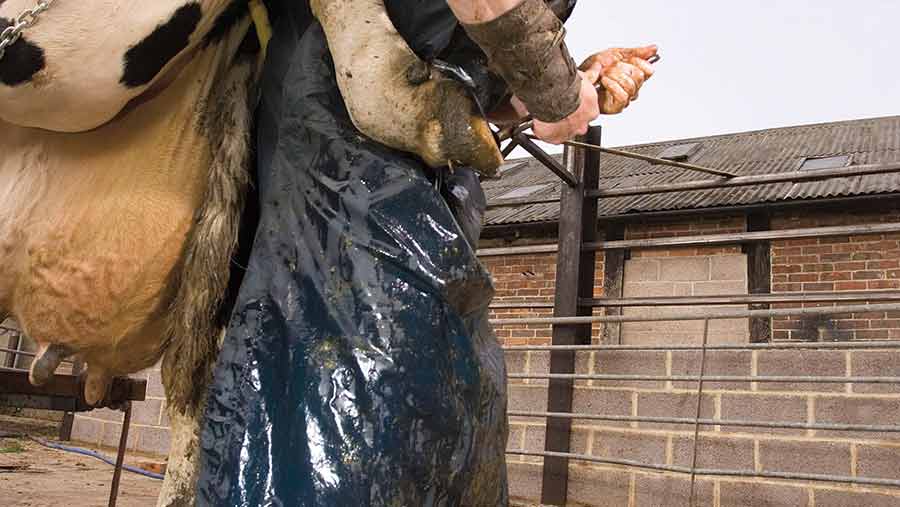 Dairy producers are failing to act on advice that could dramatically improve herd lameness levels, according to a leading lameness professor.

A year on from the publication of lameness research that demonstrated the link between lameness and loss of cow body condition, the benefits of body condition scoring (BCS) and mobility scoring are still not being fully recognised.

Jon Huxley, professor of cattle health and production at the University of Nottingham, who led the research, says the findings should be changing the way dairy farmers deal with claw horn lesions.

However, many farmers are not BCS and mobility scoring cows and they also aren’t keeping reliable and easily accessible scores.

“The one challenge we have is that it’s likely it will take a long time for the full benefits of this preventative strategy to be seen.

“By recording BCS you are able to track a cow’s progress and identify those at risk of any number of health issues, not just lameness.

“Not only that, body condition scoring is free, it isn’t a costly exercise and can be quick and easy if included in handling routines which are already being done.”

A reminder of what the research says:

To protect the foot, the cow has a fat pad in the hoof capsule called the digital cushion. Its job is to dissipate force during foot strike, when the animal walks.

The research demonstrates that cows that lose body condition score (BCS) to peak yield are mobilising fat, which thins the fat pad and interferes with its ability to perform its cushioning role when the cow walks.

Mildly lame and chronically lame cows with mobility scores of 2, 3 and 4 were randomly treated with one of four treatment combinations which included a foot trim, block and a course of the non-steroidal anti-inflammatory drug (NSAID) ketoprofen, for three days.

The results demonstrated mildly lame cows who received a trim, plus block and a NSAID treatment, were significantly more likely to be non-lame five weeks later.

However, the cure rate dropped significantly in chronically lame cows, regardless of the treatment method.

“This is extremely significant when treating lameness at farm level, as although hopping lame cows can’t be ignored, those who are only showing signs of limited mobility need to have focused attention.

“They need their feet picking up quickly and assessing, and it seems this isn’t happening yet.” 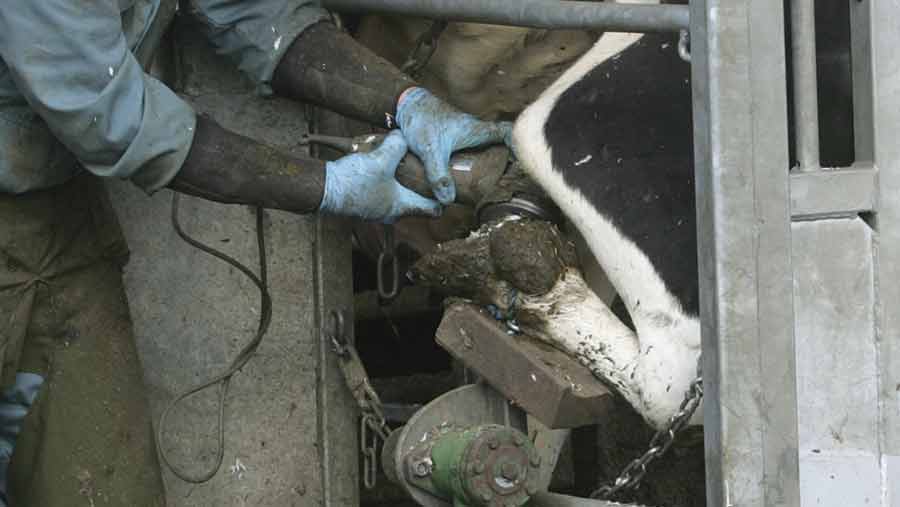 “You can’t control BCS unless you are monitoring it, and if you are not recording it, you can’t monitor it.”

The AHDB says routine is key to monitor changes and a good routine should see cows scored:

2. Mobility score regularly and identify any animals with limited mobility

“It’s essential to act quickly with the cows that are showing signs of limited mobility (scores 1 and 2) as these are the cows that we can really affect.

“Once a cow has reached a score 3, they are likely to have had limited mobility for a number of weeks, and the research has demonstrated these cows are much less likely to recover.”

“Once cows become lame, they become much more susceptible to being struck down by it in the future.

“Put the time and energy into stopping the lameness from starting – you can break the cycle by intervening in the early, milder limited mobility cases,” says Prof Huxley.

“It is difficult to think of a case of lameness that wouldn’t benefit from NSAID treatment. In the early cases it would be the anti-inflammatory action which is helping the lesion cure quickly.

“In the more chronic cases, it is probably the analgesic – the pain-killing action – that is helping the most.”

“It is important to choose a NSAID that is licensed to treat lameness, one with zero milk-withdrawal, such as ketoprofen a small dose for ease of treatment, so it doesn’t affect cow productivity.”