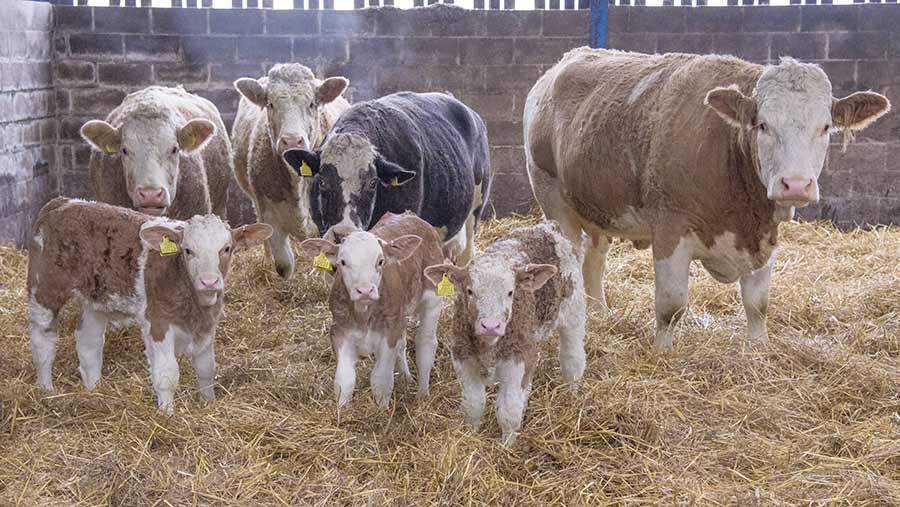 The funding is also available for improving pigmeat quality, soil and nutrient management and business planning and risk management training.

The Ulster Farmers’ Union praised the use of EU emergency funding to invest in the future structure of farming, supporting the animal health focus.

He added that BVD eradication was a “very achievable goal”, which will benefit antibiotics reduction.

Identifying PI calves and culling them is critical to reduce and eradicate BVD, according to Fiona MacGillivray of AHDB’s BVDFree England campaign, which now has more than 300 farms fully registered.

“If farmers are suspicious their herds have active BVD infection, testing for PI animals is the first important step – but if farms don’t follow the process through their efforts are wasted,” Dr MacGillivray told Farmers Weekly.

“We are working with more than 100 stakeholders in the industry, including supermarkets, laboratories and ear tag manufacturers, to look for ways we can disseminate information and increase the number of farms registering on the scheme.

“The tests we have for BVD are excellent and a lot of work has gone into reducing the cost and increasing efficiencies in the laboratories to keep costs low for farms.”

After its midsummer launch, BVDFree England is targeting registration of 60% of farms in the first two years of the project, she added.

“If we achieve 60% it gives us something powerful to then take higher and reach out to the government to lobby for compulsory measures to ensure all farmers participate in BVD eradication.”