Sheep and cattle farmers in the north-west of England and western regions of Scotland and Wales are being warned of the heightened risk of liver fluke disease this autumn.

In its latest parasite forecast, the National Animal Disease Information Service (Nadis) said wet conditions and previous pasture contamination have left areas of western Scotland and Wales and the north-west of England at high risk of liver fluke disease.

Meanwhile, risk of outbreaks in Central and Eastern regions is low. 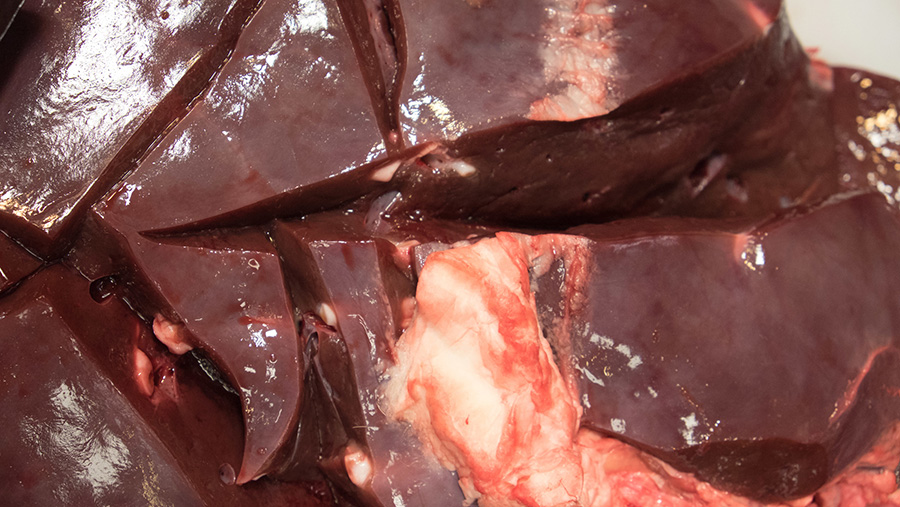 See also: How to best check your sheep flock for fluke

“In these circumstances, triclabendazole is the most appropriate choice of treatment [for sheep],” says Ms Timothy.

“It is the only product effective against the early immature stage of fluke which causes acute disease.”

“Cattle will also be at risk of fluke infection this autumn though do not typically suffer from the effects of acute fluke,” says Ms Timothy

She recommends cattle farmer use alternative flukicide products, such as nitroxynil or clorsulon, then check animals for the presence of fluke eight to 12 weeks after treatment and, if necessary, dose them again.

“Removing fluke from cattle during the housing period means animals can make the most of winter feed and are less likely to experience checks in growth,” she says.

“Then, when they are turned-out in the spring they won’t immediately recontaminate the pasture with fluke eggs. It’s a win-win situation.”

She says worm control measures should also be considered for young cattle, particularly those in their first or second grazing season.

Bought-in stock also present a risk and should be quarantined on arrival, she adds.

“All farms must maintain their biosecurity to protect their health status, and prevent the introduction of disease threats including parasites along with new animals.

“Rigorous implementation of a quarantine protocol, developed in conjunction with a vet, will minimise the risk of new parasites and resistant strains being brought on to the farm.”