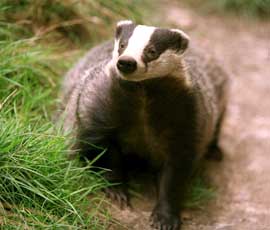 The government is set to reveal the two locations chosen for a pilot badger cull to combat bovine tuberculosis in cattle.

Government ministers and civil servants have been finalising which two locations should be chosen from a shortlist of eight areas submitted by farm leaders.

Talks have seen DEFRA officials discuss the exact boundaries of the proposed zones with representatives from Natural England, which will issue the badger culling licences.

Local consultations will take place in each area before culling commences this autumn.

A DEFRA spokesman confirmed an announcement regarding locations would be made soon.

But he refused to comment on suggestions that DEFRA secretary Caroline Spelman would make an announcement before Friday (20 January).

“It’s all just speculation at the moment,” the spokesman told Farmers Weekly. There were no definite timings, he added.

The news comes after leaks suggested that one pilot area will be on Exmoor and the other around Tewkesbury, Gloucestershire.

A further area of North Devon has been earmarked as one of two reserve locations for a trial should either Exmoor or Tewkesbury drop out, reported the Western Morning News.

The NFU said it was dismayed by the leak, which the newspaper attributed to “industry sources”.

Culling would be properly licensed and farmers were entitled to undertake legal activities without fear of being targeted by anti-cull protestors.

An NFU spokesman told Farmers Weekly: “We have not spoken to anybody about the possible locations for the cull. We have always said we wanted to protect those involved.”

Acknowledging that cull locations were always likely to be uncovered eventually, the spokesman said it was nonetheless disappointing that an industry source had let slip where those areas might be.

Earlier this month, farm minister Jim Paice warned farmers that the consultation process meant it would be impossible to keep cull areas secret.

NFU president Peter Kendall said ensuring the security and safety of those involved in the cull – including farmers and union officials – was paramount.

“There are a lot of people who work for the NFU and I worry about mindless protestors,” he said. “The industry must stand together on this.”

The size and location of cull areas should only be “generally indicated” rather than outlined in full detail, said Mr Kendall.

More than 100 animal rights activists are expected to join a protest against the cull at next month’s NFU annual conference in Birmingham.

The Nottingham-based Animal Rights UK group has invited more than 1800 supporters to attend the protest, which is timed for the morning of Tuesday, 21 February.