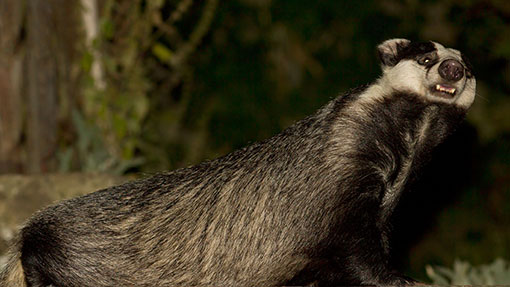 The pilot badger culls are set to start again in Gloucestershire and Somerset.

Farm minister George Eustice has explained the need for the culls, which are expected to begin within days.

To fulfil the licensing criteria, marksmen will have to cull at least 615 badgers in Gloucestershire and 316 in Somerset to reach the estimated target of removing 70% of the badger population.

The figures are much lower than the target of about 3,000 badgers in year one of the four-year culls to take into account those badgers that have already been removed from both areas.

A combination of free shooting and cage trapping and shooting badgers will again be used.

The safety, humaneness and effectiveness of these methods will be monitored by government scientists, but there will be no independent analysis this year, to the dismay of animal rights campaigners.

The pilot culls are part of the government’s 25-year plan to eradicate bovine TB in this country.

“The advice we had from the IEP [independent expert panel] was that we needed to improve the efficiency of the marksmen, so we’ve done a lot more training this year,” Mr Eustice told BBC Radio 4’s Farming Today programme.

“We are making sure they have all got the right equipment and night vision so they can carry out this cull more effectively.”

One farmer in the cull zone told the programme that following the removal of 92 badgers from his 200ha farm last year, his herd tested TB-free for the first time in 10 years.

But animal rights groups the Badger Trust and Care for the Wild greeted news that the culls would restart tonight with “sadness and anger”.

They said the government had decided to reissue culling licences for the further killing of badgers despite “question marks” over the effectiveness and humaneness of the 2013 pilot culls from its own Independent Scientific Advisory Committee and from the chief scientific adviser at Natural England, who has called the policy an “epic failure”.

The government has shelved plans to roll out culls to a further 10 areas a year, for four years, in England, but has pledged to continue in Somerset and Gloucestershire for a further two years should they be re-elected in May 2015.

The Labour Party, by contrast, has confirmed it will bring an immediate halt to all badger culling should it form a government.

They will also implement a strategy for bovine TB reduction based on the Welsh model, which has reduced new incidents of the disease by 48% in the past five years by implementing cattle-based measures, with no badger culling.

Dominic Dyer, of the Badger Trust and Care for the Wild, said: “This is a triumph of politics, pride and persecution over common sense and science.

“Potentially, almost 2,000 badgers could die – that’s more than last year – and for what? These culls are ill-conceived and incompetently managed, and will contribute nothing to reducing bovine TB in cattle.”