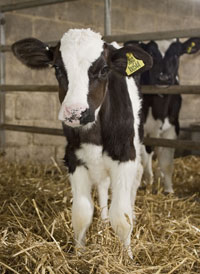 Dairy beef supplies are being put under pressure by the increased incidence of Bovine TB, says the National Beef Association.

Dwindling numbers of calves available to rear and finish in the midlands and south of England means the dairy beef sector will soon be unable to maintain critical mass, the NBA said.

Rearers and finishers in the sector, which had previously supplied about 55% of the UK’s beef cattle, had been hit by the “remorseless spread” of bTB, contributing to a calf supply crisis, it added.

Kim Haywood, NBA director, said the number of beef calves available had fallen by 10% in the past year.

About 56,000 calves were destroyed between June and October, a 25% increase on the same period last year, which coincided with a rise in TB cases, she said.

The spread of TB meant there was greater pressure to breed dairy heifer replacements as more dairy cows were slaughtered as reactors, she added.

“However, about 60% of dairy farmers already find it impossible to rear and finish bull calves for beef and if they have been shut down by TB and can no longer sell male calves to beef farmers, the only remaining option is to destroy their bull calves instead, which helps to explain the 25% lift in the unrecorded birth, or shootings, of mainly Holstein bull calves highlighted in the latest BCMS records.

“It is estimated that about 40% of the 120,000 Holstein bull calves estimated to have been shot over the past 12 months were too extreme to be of interest to the beef sector.

“But examination of BCMS statistics also suggests that perhaps 70,000 potentially useful dairy bred bull calves, almost one months’ supply of beef cattle for British abattoirs, were included among those that were shot instead of reared and this number will rise when another 20% per cent increase in dairy farms under TB movement restrictions is confirmed over 2009,” Ms Haywood added.