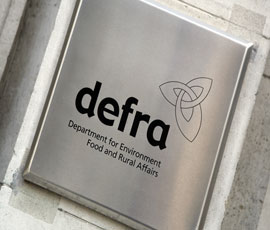 DEFRA has announced tougher measures on cattle identification after evidence emerged that some cattle farmers were illegally swapping ear tags from diseased to healthy stock.

The alleged breaches were in the West Country and Midlands, A DEFRA spokesman said.

“The farmers may have been retaining TB-positive animals in their herds and sending less productive animals to slaughter in their place,” the official said.

“To strengthen deterrents, from mid-April cattle testing positive for TB will immediately be tagged and a sample of its DNA retained by Animal Health.”

These samples will then be cross-checked at random, or where fraud is suspected, against the DNA of animals sent to slaughter.

The evidence was found during an investigation by Gloucestershire Trading Standards, which reviewed TB cattle sent to two slaughterhouses.

Investigations are continuing there and at slaughterhouses in the South West and Midlands.

Farm minister Jim Paice said he was “absolutely appalled that any farmer would deliberately break the law in this way”.

“Anyone doing this sort of thing will be caught and have the book thrown at them,” Mr Paice said.

“It’s reprehensible that anyone should be trying to get around the tough measures that are helping to control TB in cattle. The vast majority of farmers with TB in their herds are doing the right thing.

“We are introducing this extra safeguard to minimise spread of this devastating disease to other herds and wildlife,” he added.

The TB Eradication Group for England (TBEG) also voiced its condemnation of the illegal practice.

“We are appalled at this emerging evidence of TB reactor fraud, and we strongly condemn any such behaviour said,” a statement from the group read.

“We urge the farming industry and the veterinary profession to continue to work together with the government on the swift and decisive action that has been taken.

“This suspected fraudulent behaviour by a few farmers should not be allowed to unfairly damage the reputation of the responsible majority or to undermine the TB control regime.”

• Have your say on this story in our forum.