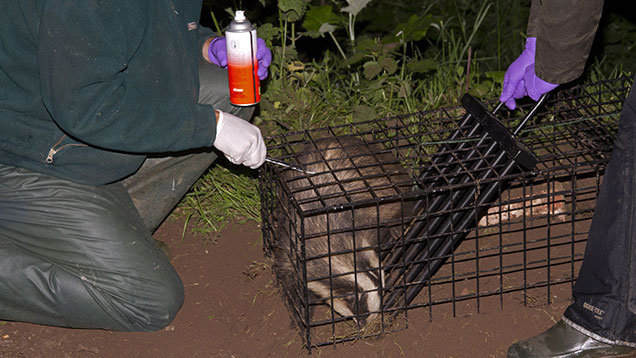 Defra’s plans to tackle bovine TB, which includes badger culling in areas where the disease is rife, will be backed by £12m of EU money.

The European Commission has pledged the funding to Defra to support its goal of making the country free of the disease by 2038.

Approval of England’s plans follows an audit by the European Commission’s Food and Veterinary Office in September.

See also: Bovine TB – How Ireland compares with the UK

Defra’s plans to tackle TB in 2015 include a new zero-tolerance approach to late TB tests, the badger vaccination scheme in counties in the “edge area” of England, and badger culling in areas where the disease is rife.

A Defra spokesman said: “England has the highest rate of bovine TB in Europe, which is why we are taking strong action to combat this disease.

“This endorsement from the European Commission is further evidence that our comprehensive strategy, including tighter cattle movement controls, vaccinations and culling, is the right approach.”

Defra said its approach of tackling TB in both cattle and wildlife has worked overseas in Australia, Ireland and New Zealand, and is supported by leading vets.

The funding will help the government pursue elements of its comprehensive strategy, which include on-farm cattle tests and laboratory work.

In total, about £25m will be provided to the UK from the EU to tackle bovine TB. This is the single largest allocation for a member state’s animal disease eradication programme.

The funding received will be split between England, Wales and Northern Ireland.

The EU first approved the UK TB eradication programme for funding in 2010. This is the sixth year running that funding has been allocated.

Each year, on behalf of the UK administrations, Defra is required to provide details of plans to eradicate bovine TB to the EU.