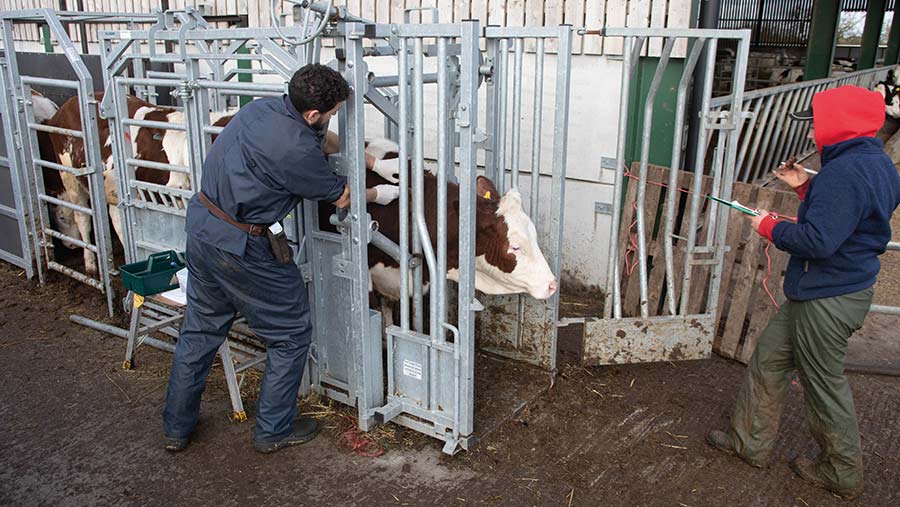 Defra stands accused of rushing through plans to double the number of TB tests faced by beef and dairy farmers in high-risk areas of England.

An increase in mandatory TB testing from once a year to every six months was rolled out in Shropshire and Staffordshire from 1 March. The timetable for south-west England is being finalised and will be introduced in the coming months.

Defra says increased testing will identify infected herds more quickly, helping to get on top of the disease. But critics say it will put a huge burden on farm vets and livestock farmers in the region – especially those with large herds.

Devon farm vet Dick Sibley said Animal and Plant Health Agency (Apha) officials had told him the new six-monthly testing regime would start in the county in June – but many farmers remained unaware of the situation.

“Most of my clients are getting disillusioned with the current policy, and forcing more testing on them – although it may be beneficial – is not going to be popular, especially through the summer months when cattle are out grazing.”

Beef farmer Bill Harper, who runs 450 cattle on the Devon-Cornwall border, said the rollout risked being a shambles. Veterinary capacity was already under pressure because of the Covid-19 pandemic and farmers were extremely busy.

Farmers preferred to carry out testing either before the spring turnout or at autumn housing, Mr Harper said. “There needs to be some leeway so that testing can be done, for example, at four months and eight months in a year,” he added.

A new policy introduced last autumn means approved tuberculin testers can be employed and trained by private veterinary businesses. Defra says this will ease the burden on official vets who carry out statutory TB testing.

Farm leaders say the new regime will pile costs on farmers – and they question whether it is justified. The latest Defra TB figures for England reveal 3,185 new herd incidents (down 8%) and 27,360 TB slaughterings (down 17%) year-on-year for the 12 months to August 2020.

NFU deputy president Stuart Roberts said: “Significant veterinary resource will be needed to service this change and we must have reassurance that vets have the capability to cope with the increased demands placed on them in a prompt way.

“It’s crucial Defra ensures this policy change is necessary for disease eradication, as well as being cost effective and practically implemented. The NFU will be closely following the policy implementation and continue to engage with Defra.”

The government said it had outlined plans a year ago to increase the frequency of mandatory surveillance testing, in its response to Sir Charles Godfray’s independent review of Defra’s strategy to eradicate bovine TB. 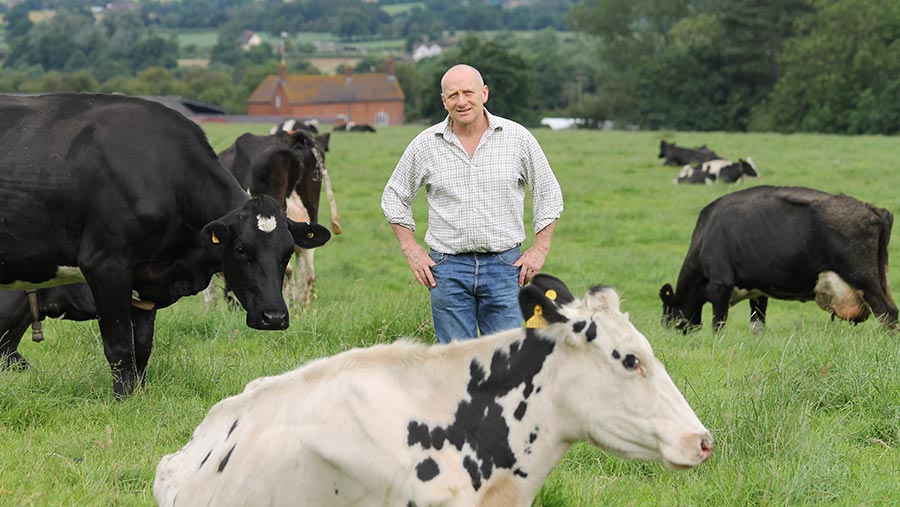 The move to routine six-monthly testing in the High Risk Area is another body blow for farmers who are already struggling to battle bovine TB.

That’s the view of Staffordshire dairy farmer David Brookes, who is also chairman of the West Midlands NFU dairy board.

“This is a further burden to me and my business and it’s a mammoth task for everybody who has got a large amount of animals to be constantly carrying out these tests,” he said.

Mr Brookes farms 200 dairy cows plus followers in Lower Loxley, near Uttoxeter. His herd is currently under restriction after one cow tested positive for TB last month during a routine test.

He said livestock farms were already “running on a shoestring” and struggling to maintain their businesses, without the added financial and emotional burden of further testing.

Farmers were doing their best to limit the spread of disease within their herds, and the risks of cross contamination from wildlife, by introducing biosecurity measures on farm and supporting responsible cattle movements.

But Mr Brookes said farmers were deeply concerned about government plans to phase out badger culling over the next few years when there was no scientific evidence that vaccination was effective in fighting the disease.

“Taking away the only tool we have got to control the infection that our herds are getting from wildlife is absolutely abominable,” he added.

Mr Brookes said farmers had a “once-in-a-lifetime opportunity” to tackle the reservoir of disease in wildlife by signing up to badger culling operations across England this year.

He also urged farmers to respond to Defra’s consultation on the next phase of its bovine TB strategy, which closes on 24 March.