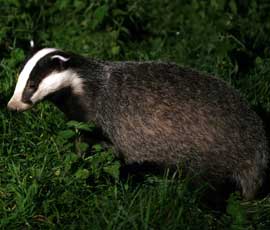 A second licence for a pilot badger cull will be issued within days – in a move that could eventually see widespread culling to tackle bovine tuberculosis in cattle.

The news comes as activists said they were planning noisy demonstrations in the countryside to disrupt trained marksmen carrying out the badger cull.

Natural England has already issued the first licence to allow farming groups to cull badgers within a 300sq km area of west Gloucestershire countryside over the next four years.

A spokesman for the government agency said the granting of the second licence, in west Somerset, meant culling was on course to begin next month.

“We are close to issuing a culling licence in Somerset, but it is not signed yet,” said the spokesman.

“We will authorise it once formal pieces of information are there and we are satisfied.

“Once the money is in place to fund the culling over a four-year period and the groups are operationally ready, start dates will be agreed.”

Farm leaders remain determined to see the cull through in the face of growing opposition from animal welfare groups.

Protesters from Stop the Cull will don high-visibility jackets and use megaphones, horns and bright lights to try and cause as much disruption as possible to shooters.

“We will be trying to ensure everyone is safe in the countryside and police officers will take action if any offences are committed.”
Police spokesman

Meanwhile, a coalition of animal welfare groups has joined forces to drum up public opposition to the cull. They hope to persuade thousands of people to sign a petition to force a parliamentary debate on badger culling. The Team Badger campaign was launched by Queen guitarist Brian May in London. 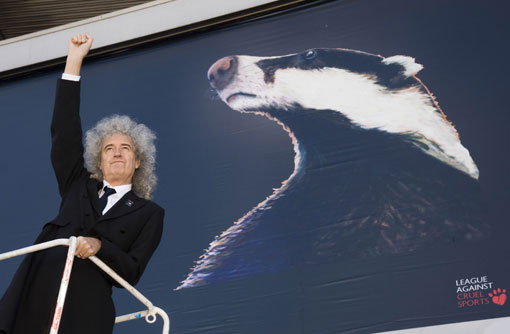 “We will be out in the fields before and during the cull, stopping and making citizen’s arrests on marksmen/women when we can, filming, rescuing injured badgers and neutralising bait points when we find them,” read a statement, posted on the organisation’s website.

The Hunt Saboteurs Association has also announced it is assembling members to disrupt the cull in Gloucestershire.

Gloucestershire Constabulary has warned protesters they may face prosecution if they break the law while disrupting the activities of marksmen.

A police spokesman said: “We will be trying to ensure everyone is safe in the countryside and police officers will take action if any offences are committed.”

Have your say in our badger cull forum