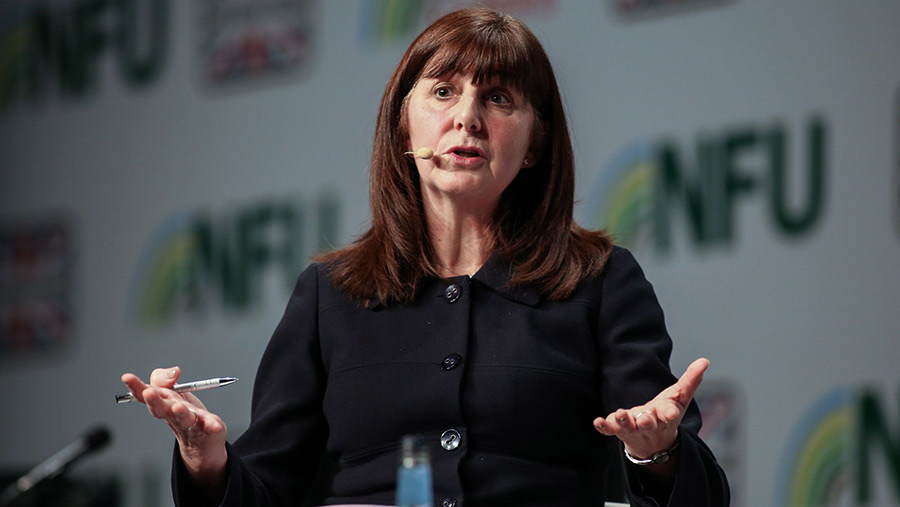 The Welsh rural affairs minister is to meet farmers severely affected by bovine TB as pressure grows on the government to sanction a farmer-led badger cull.

Lesley Griffiths agreed to visit farms in the High TB Risk area of Pembrokeshire when challenged by Clare Morgan, the county’s NFU Cymru chair, at the union’s annual conference in Llandrindod Wells on Thursday (7 November).

Mrs Morgan, who farms near Haverfordwest with her husband Stephen, wants the minister to see first hand the impact of bovine TB on the financial and mental wellbeing of rural communities.

She urged the minister to let “science prevail over politics”, referring to the marked decrease in new cases of bovine TB in the badger cull regions in England.

The minister was told that the evidence for a farmer-led badger control strategy was compelling since there had been a 66% reduction in new TB breakdowns in the Gloucestershire cull area and a 37% drop in Somerset from 2013 to 2017.

Mrs Griffiths said she had not yet looked in detail at the report from the English culls, but told farmers that she “absolutely agreed” that the science needed to be considered.

“I have always been a minister who does follow the science,” she insisted.

“I absolutely recognise the cost to the mental health of farmers, their families and the workforce and that’s why I want to get it [TB eradication] right.”

One measure that the government is taking to address this is to spare farmers the horror of seeing infected animals shot.

From next year, farmers in Wales will be able to request lethal injections as an alternative to shooting for cows deemed unfit to travel, either because they are heavily in calf, have recently calved, or for welfare reasons.

Since the refreshed TB eradication programme was launched in Wales two years ago, restrictions had been lifted on 38 persistent breakdown herds. But the minister admitted that of these, 12 had since experienced further breakdowns.

Latest official figures show 11,977 cattle in Wales were slaughtered due to bovine TB in the 12 months to April 2019 – a 19% increase on the previous year, and the highest number of slaughtered cattle in 10 years.