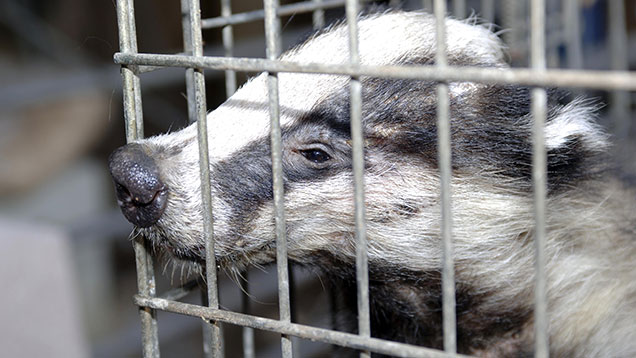 The NFU has challenged the Conservatives to take swift action to extend the badger culls to control the spread of bovine TB.

Pilot culls have been running for the past couple of years in Somerset and Gloucestershire.

But a decision to extend the culls to other regions was delayed amid concerns over the effectiveness and humaneness of the policy.

Now the uncertainties of the general election are over and the Tories have been handed a five-year term in office, the NFU has called on the government to show the courage of its convictions and widen the culls to other counties where the disease is rife.

NFU deputy president Minette Batters said: “Farmers deserve a fresh start with this disease. That would be our challenge to this government.

“We have been hugely encouraged by all the positive stories that have come from farmers the cull zones, such as James Griffiths, whose farm was declared TB-free for the first time in 11 years. There have been so many other encouraging anecdotes coming through.”

Farmers in Dorset, which was the reserve pilot county, were “more ready” than others to begin culling.

Ms Batters said farmers in Devon, Cornwall and as far north as Derbyshire were also keen to get on with the job as quickly and effectively as possible.

“Every single farmer I speak to wants to face up to this disease. But if the government is just going to implement more cattle controls without tackling this disease in wildlife, then farmers are just going to walk away.”

Ms Batters said farmers in England had a “very bad deal” because it was the only country with a TB problem that cannot take out the reservoir of disease in wildlife.

For example, Ireland was tackling TB much better than the UK and its badger cull strategy was proving a great success.

“Ireland has a TB strategy that includes badger culling and they are making massive inroads into beating the disease,” said Ms Batters.

“The Irish government is communicating its strategy [with farmers] and implementing it robustly. Defra has to get to that place with us.”

However, Ms Batters warned that the government’s 25-year TB strategy was a “partnership” and it was not up to the NFU to establish a funding plan for the cull extension.

“Defra has got to come up with a partnership structure. It cannot just say ‘here you are NFU/AHDB, you’re going to have to pay for it’.”

Last week farm minister George Eustice told Farmers Weekly it was “too early” to give any definitive conclusions on the pilots, but a rollout remained a “key part” of the government’s TB strategy.

The third year of the four-year pilot culls, in Somerset and Gloucestershire, are set to resume this autumn.