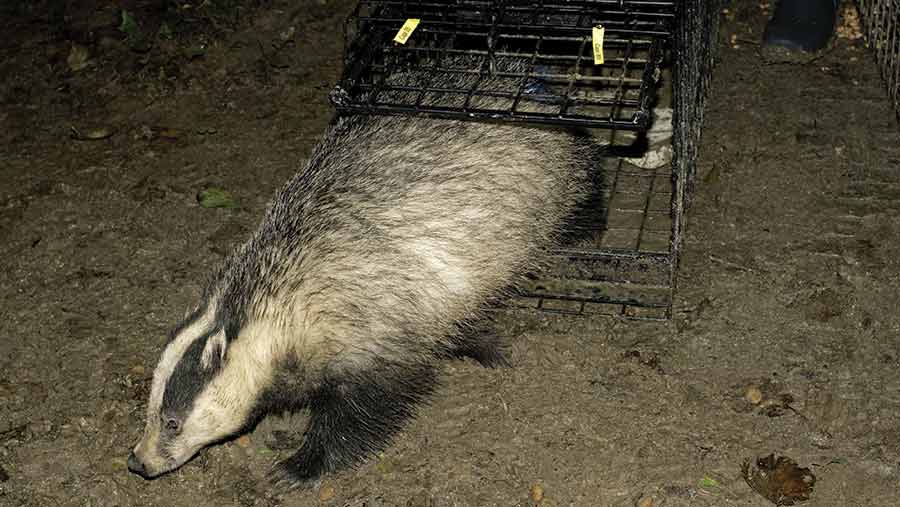 After the decision to suspend the badger vaccination project, what do Welsh farmers want to see next in the fight against TB?

The culling of badgers is polarising opinion in England, but in Wales it is the suspension of the controversial badger vaccination programme on the cusp of its final year that is the source of division.

A global shortage of TB vaccine forced the Welsh government to postpone its five-year badger vaccination in the north Pembroke­shire Intensive Action Area (IAA) at the end of four years.

With the future direction of the Welsh bovine TB control strategy in doubt, every industry sector is battling to force their questions and demands into the public debate.

The Labour-led government hopes to restart vaccination in 2017, relying on evidence contained in an independent report which suggests there should be no disadvantage from a one-year break.

The report, by the Animal and Plant Health Agency, concluded that four years of badger vaccination would achieve a reduction in prevalence of TB in badgers in the IAA. But with just two months until the National Assembly for Wales election, that decision may not be one for the current administration to take.

In fact, this is just what happened after the 2011 election when Labour ended its coalition government with Plaid Cymru. Elin Jones, the then rural affairs minister, was just weeks from implementing a pilot badger cull when she lost her ministerial role.

Labour opted for vaccination instead of culling and since then about 5,500 doses of the vaccine have been dispensed at a cost of £700 for every badger inoculated.

The big question farmers want answering is: how effective is the Welsh strategy?

As well as vaccination, Wales has some of the strictest cattle movement and testing regulations in the UK, but cases of TB continue to rise.

Figures for the whole of Wales show that between December 2014 and November 2015, there were 7,668 cattle slaughtered due to bovine TB control. This represents a 25% increase on 6,120 cattle slaughtered over the same period 12 months earlier.

For farmers like Martin Griffiths, the latest TB figures provide clear evidence that it is time for a rethink.

Mr Griffiths and his family run a herd of 114 pedigree dairy cows at Ffosygravel Uchaf, near Borth, Ceredigion. Although the herd is not currently under TB restriction, Mr Griffiths has described the days before test readings as his “darkest days”. “There is not a lot of banter when those tests are being read,” he admitted.

Mr Griffiths would like to see a selective cull of infected badgers on farms with TB breakdowns. “No farmer wants to see healthy badgers destroyed but when a farm has a TB breakdown there is a fair chance that there are infected badgers present. If an animal is sick, it needs to be destroyed.’’

He also wants the government to follow Scotland’s lead by introducing pre-movement testing.

Carmarthenshire dairy farmer Matthew Jones is currently clear of TB, but lived with the disease for three-and-a-half years. He supports a pilot cull.

“Everyone seems to have their own ideas on what is needed, but a cull would surely give some definitive answers before consideration is given to rolling it out across Wales,’’ he said.

The only mainstream political party to nail its colours to the mast on culling is the Welsh Conservatives. Russell George, shadow minister for rural affairs in the National Assembly, regards a controlled badger cull as the “best way” to ensure a healthy wildlife and farm population.

Meanwhile, Plaid Cymru, which had initially led the way on culling, is less clear. “We will look closely at the lessons learned from the Welsh government’s vaccination programme and the evidence emerging from the cull in England as we move forward,” said shadow rural affairs minister Llyr Gruffydd.

Culling is emotive but the unions representing farmers in Wales are firm in their support for this approach.

The Farmers’ Union of Wales noted that with no “meaningful change’’ in TB levels in the IAA, it was time for a change of approach. The union said it was eager to work with the government to develop and implement an action plan for a badger culling policy “at the earliest opportunity”.

The union’s president, Stephen James, said removing infection from the wildlife population must be a priority. “We must also remember that cattle farmers in the IAA have additional stringent cattle controls to adhere to. In light of the suspension of the badger vaccination programme, these additional controls need to be urgently reviewed.’’