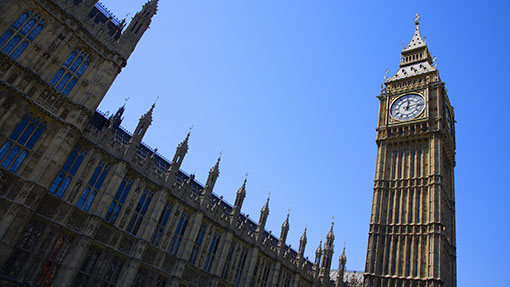 The public should worry about cattle just as much as badgers if we are concerned about “all God’s creations”, says an MP who represents the Church of England in parliament.

“If we are concerned about all God’s creations, we ought to be just as concerned about cattle as we are about badgers,” said Sir Tony, Conservative MP for Banbury, speaking in the House of Commons last week.

“Is it not the case that the Republic of Ireland, whose beef cattle and dairy herds are similar to ours and which has had similar problems with TB, has followed exactly the same policies as this government, and as a consequence has seen a 25% reduction in cattle TB infection?”

Defra secretary Liz Truss replied: “You make an excellent point about Ireland. A similar policy has been pursued in New Zealand, where numbers have also been reduced; and Australia, whose comprehensive strategy involved culling in the wildlife population as well as improved movement controls, has eradicated bovine TB.

“It is vital to the future of our dairy and beef industries that we eradicate this terrible disease. We are the government who are prepared to make difficult decisions, rather than repeating the outrageous failures of the last government. They left us with the highest rates of bovine TB in Europe: that is the disgrace.”

More than 30,000 cattle were slaughtered in the UK last year due to bovine TB at a cost of £100m to the taxpayer.

The second year of the four-year pilot culls in Somerset and Gloucestershire, aimed at eradicating the disease in this country, ended last month. The pilots will inform the government’s plans to roll out the policy more widely to other counties where TB is rife.

The NFU and the government insist that eradicating TB in wildlife is vital, if we are going to stamp out the disease in cattle. However, animal welfare campaigners and the Labour Party insist culling badgers is inhumane and ineffective.

During the Environment Food and Rural Affairs (EFRA) debate, shadow Defra secretary Huw Irranca-Davies, highlighted the “catastrophic failures” of the first year of the cull and he criticised the government for pressing ahead with the policy for a second year without an independent expert panel to oversee whether “controlled shooting” of free-running badgers was safe, effective and humane.

But Ms Truss hit back, saying: “An independent audit of the culls is currently taking place. A review is also being undertaken by our chief veterinary officer, which is important.

“The British Veterinary Association fully supports our comprehensive strategy to deal with bovine TB, and it is about time the Opposition thought about how they would deal with this terrible disease rather than criticise our policy, which has been shown, using international evidence, to deliver.”

Liberal Democrat MP Andrew George argued that bearing down on this “terrible disease” in cattle must clearly involve “evidence-based policy making rather than policy-based evidence selection”.