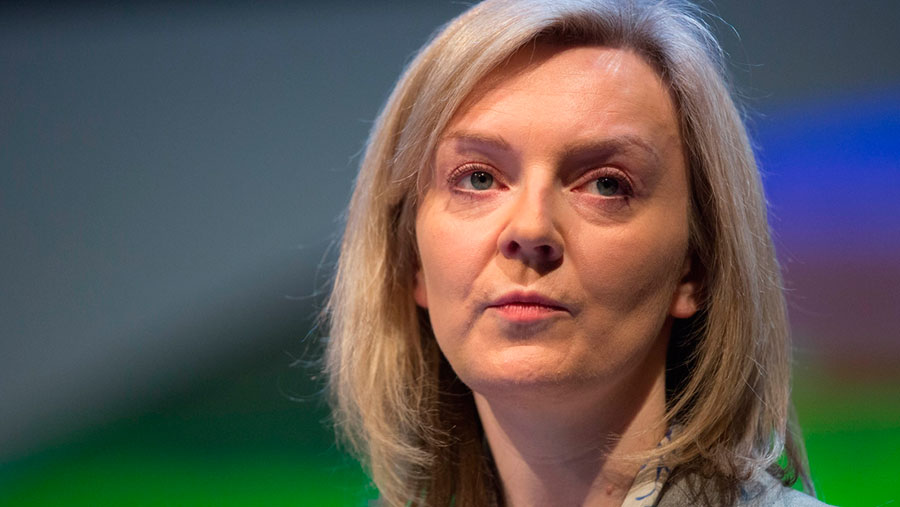 Defra secretary Liz Truss has vowed to do everything in her power to eradicate bovine TB.

Speaking at a CLA Breakfast meeting at the Royal Cornwall Show this week, Ms Truss highlighted the fight against TB as one of her top priorities, along with reducing red tape and improving the Basic Payment Scheme.

She told farmers she was absolutely determined to deal with TB and said it was absolutely clear there was a need to cull badgers in areas where the disease is rife.

“It’s hugely devastating when farms go down with bovine TB – I have met farmers and seen the impact it has on their businesses,” said the minister.

“I am absolutely determined to deal with and eradicate this disease.”

Ms Truss said the three culls in Somerset, Gloucestershire and Dorset had been successful last year and she would be pushing for the policy to be rolled out over a wider area this year.

“We are doing all we can at Defra to support those farmers who are applying to make sure that we can carry that out over a wider area this year,” she added.

“While I am secretary of state I can absolutely assure you that I will not stop and I will carry on making the case and making sure we deal with this disease until we eradicate it.”

CLA president Ross Murray praised the minister’s determination to eradicate, saying there was now a strong strategy in place which everybody, collectively, must deliver on.

He said: “It will take courage and persistence and I wish to acknowledge the courage and determination of the secretary of state in this endeavour.”

Meanwhile, Ms Truss said she was concerned that farmers were under the illusion that leaving the EU would mean dumping red tape and regulation.

She warned that not all regulations emanated from Europe, but promised action to cut red tape, including a single inspection regime reducing on-farm inspections by 20,000 annually, and a realignment of boundaries between Natural England and the Environment Agency.

Ms Truss stressed the importance of access to the single market and how the legacy of BSE meant that while we were exporting large amounts of beef to Europe, the US and Chinese markets were still closed to us.

She said: “I fully recognise that the EU is far from perfect and I do not have a magic wand to cure all the problems, but neither do I want to spend the next 10 years going through a painful divorce, renegotiating and disentangling ourselves from Europe.

“That will be a diversion from the serious issues of improving investment in our industry, of building competitiveness and resilience.”