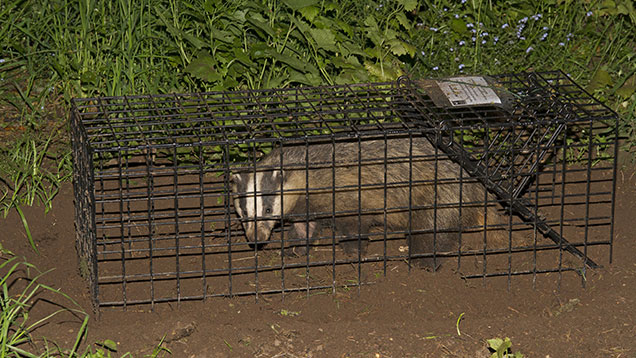 Vets have expressed disappointment at Defra’s decision to continue with a controlled shooting policy in the pilot badger culls.

Last month the British Veterinary Association (BVA) withdrew its support for the policy which employed marksmen to shoot free-running badgers at the two cull sites in Somerset and Gloucestershire.

Instead it said Defra should only persist with its alternative policy of cage trapping before shooting badgers.

But Defra farm minister George Eustice has rejected the BVA’s views, insisting that the culls would go ahead using both methods.

BVA president John Blackwell has responded saying he was “disappointed that the government had taken the decision to continue using controlled shooting in the pilots”.

Mr Blackwell said: “It is difficult [for Defra] to argue that the use of controlled shooting for badger culling is ethical when another more humane and effective method is available.

“The government’s rationale for the continued use of controlled shooting is based on a comparison with the control of other wildlife but these are not the parameters that the government set itself at the start of the pilots.”

Instead – at the behest of BVA and others – the government asked an independent group of experts to oversee the pilots and an Independent Expert Panel set out criteria which were used to assess humaneness, Mr Blackwell said.

“We therefore continue to urge Defra to complete the pilots using cage trapping and shooting only and to roll out badger culling to other areas using this method.”
John Blackwell, BVA

But he said: “Culling failed to demonstrate conclusively that controlled shooting could be carried out effectively or humanely based on the criteria that were set.

“We therefore continue to urge Defra to complete the pilots using cage trapping and shooting only and to roll out badger culling to other areas using this method.”

However, Mr Blackwell insisted that the BVA remained fully supportive of a comprehensive strategy to tackle bovine TB, including the use of targeted, humane badger culling alongside a range of other measures.