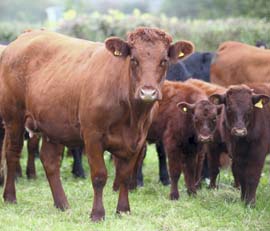 Vets who carry out TB tests are being asked to undertake additional DNA tagging for free for a period of six months.

Farm minister Jim Paice announced on Thursday (31 March) that from mid-April DNA tags will be inserted in the ear of cattle that test positive for TB at the time of the test.

The move has been introduced as DEFRA believes that a small number of farmers have been illegally swapping cattle eartags in order to retain highly productive TB reactors.

Harvey Locke, BVA president, said: “This fraudulent activity by a small number of farmers is shocking. Worryingly it puts the national TB eradication strategies at risk and urgent action is required to prevent it happening in the future.

“The BVA and BCVA, in supporting Animal Health, are asking our members to insert the new DNA tags and collect the tissue samples of cattle that test positive for TB at the time of the test for no additional fee for a period of six months.

“The minister has acknowledged that these emergency measures would not be possible without the commitment and support of the veterinary profession.”