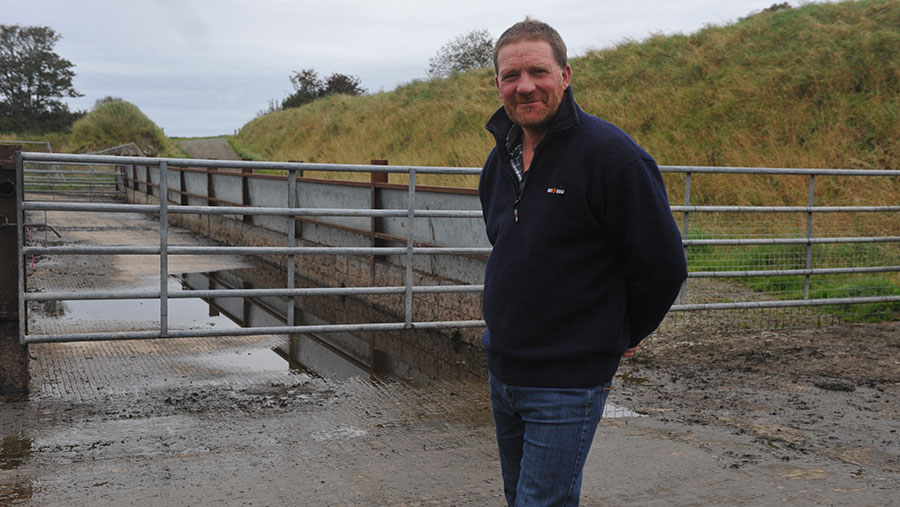 A Ceredigion dairy farmer who has spoken candidly about how the loss of 380 cattle to bovine TB has shattered his mental health is issuing a personal appeal to the Welsh government to set up a badger trap-and-test programme on his farm.

Chris Mossman has been locked in a cycle of herd breakdowns since January 2016, a situation he describes as “soul-destroying”.

“TB has devastated my business. I had farmed profitably for 29 years, but the past two have been at a loss,” he said.

“TB has shattered my mental health. I have watched with horror as cows are loaded onto lorries bound for slaughter – on one occasion there were 67.”

Mr Mossman is angry at what he insists is the “absolute inaction” of the Welsh government, including its failure to respond to his request for a trap-and-test policy that would establish the disease status in wildlife on his farm.

“Other than the continual test and slaughter every 60 days, they have contributed nothing to help address the issues we are facing, yet we have done absolutely everything the government has asked of us,” he said.

“After five years of constant testing to rid ourselves of infected animals, we now find ourselves with another 50 casualties this week. Where is the science behind it?”

Mr Mossman said the government’s introduction of the Wales-only Enhanced Measures policy, which is aimed at removing all inconclusive reactor (IR) cows from chronic breakdown herds, came with a “promise” to farmers of wildlife interventions.

“I took the chief veterinary officer at her word, but all we have had was a visit by field staff in March 2020 to undertake a wildlife survey,” he added.

Mr Mossman was one of the first farmers to sign up to Cymorth TB – a government-funded programme that pays for a vet of the farmer’s choice to visit the farm for three hours to evaluate biosecurity and to make recommendations.

As a result of those recommendations, he spent thousands of pounds on keeping cattle and feed stores secure from wildlife by changing ballcocks in 68 water troughs, to lower water levels and so prevent badgers from sharing the drinking water, securing yards and gates with galvanised tin and netting, and buying raised feed troughs for youngstock.

Badger setts and latrines have been fenced off and contractors are no longer used for spreading slurry.

“Most of the things in our report we have done and done very carefully, but, unfortunately, it hasn’t got us out of this situation; it has taken us around in circles,” said Mr Mossman.

TB now dominates his life and he admits to a sense of hopelessness.

His last hope is that the Welsh government will agree to a trap-and-test programme on his farm.

“If we could determine the disease status of our wildlife and, hopefully, show them to be clean, all efforts to test and remove any reservoir of infection in our herd would be easier to bear and indeed be absolutely justifiable.”

Wales is the only country in the world attempting to eradicate TB by “ignoring” the known wildlife vector, he claimed.

“The Welsh public needs to be made aware of the devastation in the countryside, of the cost to the taxpayer of the annual slaughter of well in excess of 10,000 animals, and of the threat to our food security,” said Mr Mossman.

Responding to a Farmers Weekly request for a statement on Mr Mossman’s situation, the government said a trap-and-test operation would only be considered on a farm where wildlife is believed to be one of the main drivers of a disease breakdown.

No action plan to date had identified a herd where badgers were the only driver for the disease, said a spokesperson.

Persistent herd TB breakdowns were priority scored, with highest priority given to herds where there is evidence of the same genotype of TB being present in both local badger and cattle populations, the spokesperson added.