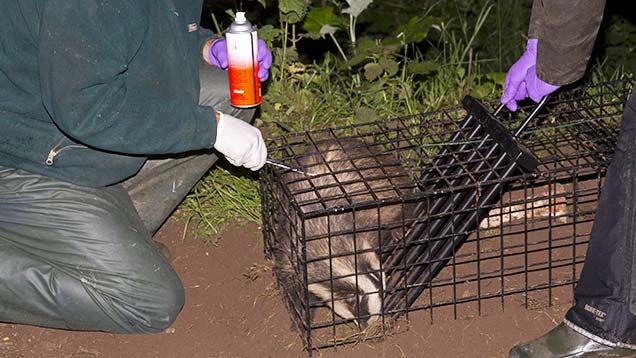 Last month it was revealed the Welsh government spent £929,540 vaccinating 1,316 badgers to tackle the disease in the Intensive Action Area (IAA) in 2014.

The overall cost equates to £706 a badger, which Mrs Evans said was a “good investment”.

“It will be a good investment if it works, but if we find out at the end of the five years that it has done nothing, it won’t have been.”
Stephen James, NFU Cymru president

But speaking exclusively to Farmers Weekly at the Welsh Farming Conference in Llanelwedd on 4 June, she said: “We are entering the fourth year of a five-year programme, so we hope to see the results at the end of the fifth year and we are getting closer to that time.”

She said the aim of the vaccination programme was to increase herd immunity and to prevent TB spreading from badgers to cattle.

She also defended the Welsh governments’ stance on the badger cull and said a “comprehensive” approach to both cattle and badgers was being taken in Wales.

Mrs Evans said: “In Wales, all cattle are tested annually and in our Intensive Action Areas, cattle are tested every six months. That has really helped us drive down the number of cattle slaughtered every year.”

She said both new herd incidences and the number of cattle slaughtered had been reduced since 2009 as a result.

However, NFU Cymru president Stephen James questioned whether vaccination was a good investment.

He said: “It will be a good investment if it works, but if we find out at the end of the five years that it has done nothing, it won’t have been.”

Mr James said if the trial hasn’t made a significant difference to the levels of TB in north Pembrokeshire, the Welsh government would need to seriously consider other options.

“I am not convinced widespread vaccination is feasible or sustainable. The evidence in Ireland shows controlled culling works.”