In October 2018, 1,499 cattle were slaughtered as a result of TB controls, the highest number in a month since records began. Latest statistics show another 1,418 animals were killed in November, the second-highest monthly figure.

It has now emerged that, 17 months into Wales’s refreshed TB eradication programme, badger activity has been surveyed on 37 farms with persistent herd breakdowns and an undisclosed number of infected badgers destroyed.

These farms had been subject to enhanced cattle controls, increased sensitivity of cattle tests and improved biosecurity before the trapping and removal of badgers was authorised.

The badgers were destroyed by lethal injection after being anaesthetised.

Although the government has not specified the numbers destroyed, Wales’s rural affairs minister Lesley Griffiths plans to give an update next month on the progress of the eradication programme.

The badger activity surveys were carried out on farms where badgers could be a “risk pathway” and contributing to the persistence of disease in these herds.

“Not all the laboratory results are available as yet, and it is not appropriate to release incomplete, unfinished information still in the course of completion,” said a spokesman.

He also warned against reading too much into the high number of cattle slaughterings towards the end of 2018, saying that monthly figures are “extremely variable”.

“The peak [in October 2018] may be due to most of the TB testing being carried out during the winter months, when the cattle are housed.

“With increased testing it is expected that you would find more reactors and more animals would be killed as a result.”

There are thought to be around 60 farms in Wales with long-term herd breakdowns.

One of those is Gelli Aur college farm near Llandeilo, which last year lost 100 milking cows and youngstock to TB, reducing cow numbers to 430.

The farm, which has a high population of badgers and deer, has been battling TB since 2007.

John Owen of Gelli Aur says “wildlife observation” had taken place at the farm, but no cull had been authorised. 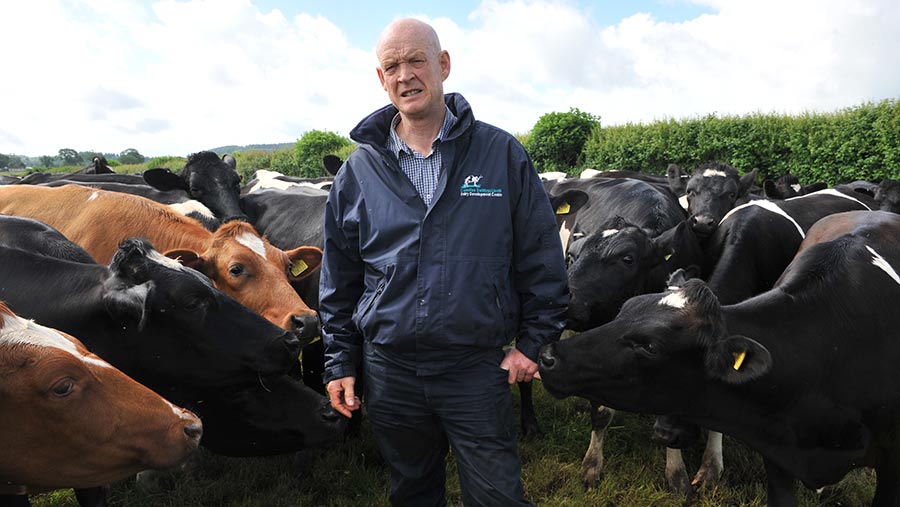 “Once TB is embedded in the herd it is hard to get rid of it. Doing something about transmission from wildlife would help,’’ he said.

Not only has the business lost income from milk production as a result of cows being slaughtered, but it is incurring additional cost from renting more land to breed higher numbers of heifer replacements.