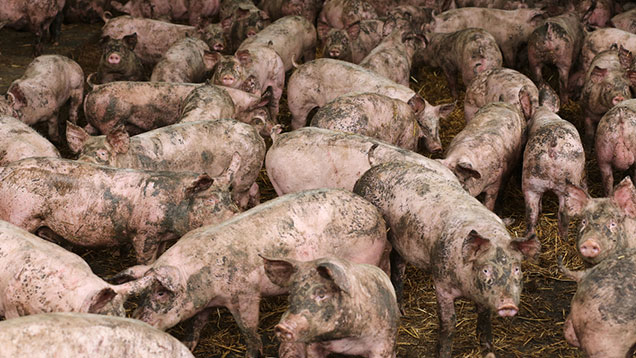 A virulent pig disease decimating herds across Europe could be made legally notifiable in the UK after May’s general election.

Britain’s pig industry leaders have been in discussion with Defra officials for several months over the compulsory notification of porcine epidemic diarrhoea virus (PEDv) which causes up to 100% mortality in piglets on infected farms.

National Pig Association chief executive Dr Zoe Davies emphasised the legal status would not be accompanied by compensation or the compulsory slaughter of herds, unlike the controls associated with foot-and-mouth disease.

“But if we have any chance of controlling PEDv when it comes into the country we need to know exactly where it is and deal efficiently with it as an industry,” she said.

“There has been some resistance from the industry in Scotland and Northern Ireland but producers now understand that it would be literally a legal obligation, and we are working with the devolved powers.”

However, it would appear work is still required to attract government backing.

When asked at last week’s NFU Scotland (NFUS) meeting in St Andrews if he would push through new legislation as soon as possible, Defra minister George Eustice said the issue had yet to cross his desk.

Meanwhile, PEDv testing kits were out this week to about 200 commercial pig units in Scotland in a bid to control the disease quickly and effectively should it occur in the country.

A further 700 Scottish holdings carrying pigs will receive kits next week in an initiative supported by Quality Meat Scotland and NFUS.

Bpex will be sending out testing kits imminently to pig farmers in England.

In a letter accompanying the testing kit, pig farmers were asked to be particularly vigilant for any suspicion of the disease which shows as follows:

Producers who suspect disease on their farms should: