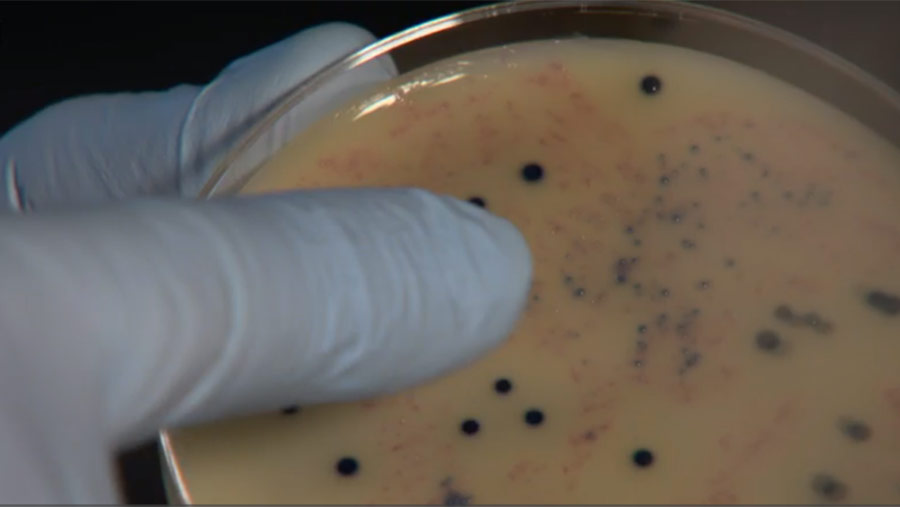 A BBC Panorama programme investigating the use of antibiotics in livestock production has been criticised by an industry alliance representing the food supply chain.

Screened on Monday (23 May), the programme described growing resistance to commonly prescribed antibiotics as one of the biggest public health threats of modern times.

Experts say the use of NHS “last-resort” antibiotics in agriculture is risking the lives of future patients – with the potential to cause 80,000 deaths in the UK over the next 20 years.

The programme asked whether the rise of antibiotics resistance and so-called superbugs is being fuelled by commercial pressure to produce cheap meat and poultry.

The Responsible Use of Medicines in Agriculture Alliance (Ruma), which includes organisations from across the food chain, agreed action was needed to combat resistance. But it said the debate needed a “One Health” context.

Ruma chairman Gwyn Jones, who is also chairman of the AHDB Dairy board, said the farming industry fully recognised concerns about growing resistance to antibiotics.

But it was also important to remember that resistance to antibiotics among humans was largely attributed to human medical use, not their use in agriculture.

A recent study confirmed farm animal use could be responsible for as few as one in every 370 clinical cases of antibiotics resistance, said Mr Jones. “Despite this, the farming industry and those looking after the health of companion animals must do their bit to control the spread of resistance.”

Earlier this month, Ruma announced plans for an industry task force to look at how meaningful targets can be developed to replace, reduce and refine antibiotics use in UK agriculture.

“Sales of fluoroquinolone and third- and fourth-generation cephalosporin – which are CIAs – into farming are already very low in the UK, representing just 0.9% of the total,” he explained.

“In 2012 the poultry meat industry introduced a voluntary ban on the use of third- and fourth-generation cephalosporins, and a commitment to reduce the use of fluoroquinolones had been introduced by the poultrymeat sector in 2012,” he said. This had since led to an overall reduction.

Third- and fourth-generation cephalosporins authorised for use in pigs cannot be given in feed or water and are only ever administered to individual animals.

Furthermore, despite colistin making up less than 0.2% of UK antibiotics use in UK livestock, Ruma announced a voluntary restriction in December 2015.

This meant it should only be used as the last effective antibiotic available for treating a sick animal, added Mr Jones.

He said Ruma welcomed the recognition that the withdrawal of some antibiotics from agricultural use could have wide-ranging effects on animal welfare and the price of food.

“Interventions are not without consequence,” he said. “Bacterial infections and associated inflammation undoubtedly cause pain and discomfort to animals.”

Any benefits for public health needed to be clear and balanced against the effect of restricted antibiotics use on animal welfare, the viability of farms and overall UK food security.

“Badly handled, there is a real risk we will end up importing produce that increases risk to human health if our own highly regulated industry is rendered unviable through arbitrary curbs.

“The focus needs to be on appropriate animal husbandry practice and nutrition with the aim to protect animals from disease, thus removing the need for them to be treated with antimicrobials.”

While it was true different sectors and farming systems had much to learn from each other, the intensive v extensive farming debate was misleading, said Mr Jones.

“Intensity is not a factor in antimicrobial resistance,” he added.

There was no evidence that extensive farming systems or those with low antibiotics use experience less prevalence or maintenance of bacterial strains of potential concern to public health.

“We use animal medicines to reduce the effects of disease on animal welfare.

“The safety of people who consume food from treated animals is assessed and the necessary controls on withdrawal built in when products are authorised for use as veterinary medicines.”