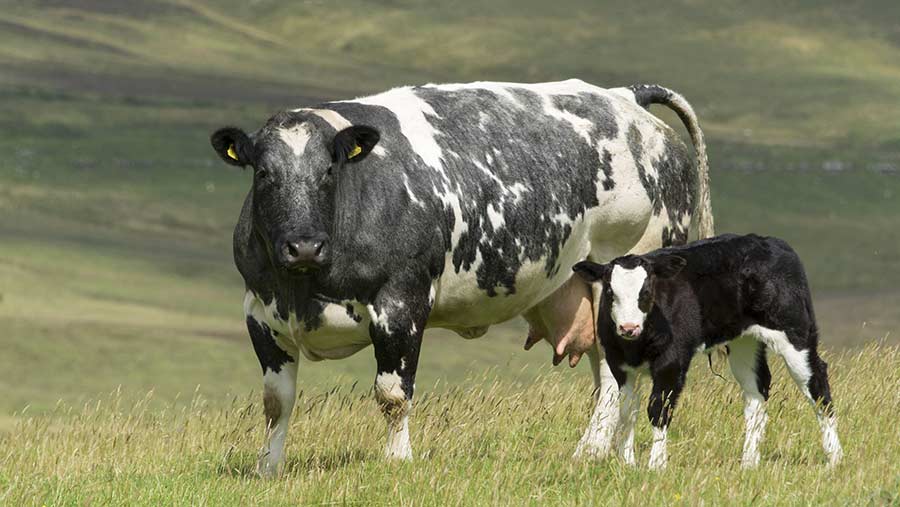 The campaign to rid English cattle of bovine viral diarrhoea (BVD) is failing to make target enrolment figures and will require farmers to work with vets in a Defra-funded programme to reach its 900,000-head goal.

The BVDFree England campaign has enrolled just 9.8% of the national herd in two years, which is why its leaders are hoping for the £5.7m Defra-funded Stamp It Out initiative to drive farmer engagement through veterinarians.

It is hoped the remaining 80% of cattle required to meet the 900,000-head “critical mass” target can be achieved through the financial assistance provided by the Stamp It Out initiative, BVDFree chairman and livestock farmer Bill Mellor told Farmers Weekly.

He said: “We need 51% or more of the 1.8 million breeding cattle in England on our database to then take to the government to make enrollment mandatory.”

See the poll below

BVD: The numbers after two years

See also: Q&A: How to apply for BVD-free herd status

The Stamp It Out campaign is being run by SAC Consulting, with the Defra funding available to veterinary practices for two-and-a-half to three years to fund one-to-one advisory visits on farms, as well as pay for BVD testing, subsequent health planning and the organisation of BVD discussion groups.

SAC Consulting’s Neil Carter said early engagement with the BVD Stamp It Out initiative has seen 40 practices join up, covering close to 40% of the targeted 8,000 farmers.

“Our early engagement has been excellent,” Mr Carter told Farmers Weekly. “The hard work starts now, though, in getting the vets out delivering the programme and engaging their clients in BVD planning and control.”

How to use the database

Mr Mellor said the biggest problem was getting farmers to sign up so BVDFree Ltd could collect data and see where England’s “problem areas” are.

“A huge number of farmers are doing something about BVD,” he said. “For example, it’s mandatory in some milk contracts – we just don’t know about them.”

He admitted there were a broad range of reasons farmers could give to not sign up, but stressed that enrolling and eventually ridding England of BVD was a “no-brainer”.

“Some people just don’t get round to it, others see TB as a bigger problem for them, while many people are worrying about fodder shortages or have no livestock neighbours and are finishers, so there are many things potentially stopping farmers from enrolling.

“The benefit is particularly seen in northern England and Scotland, where breeding cattle and calves that have been BVD tag and tested are making a premium – so it’s worthwhile in the short term as well.”