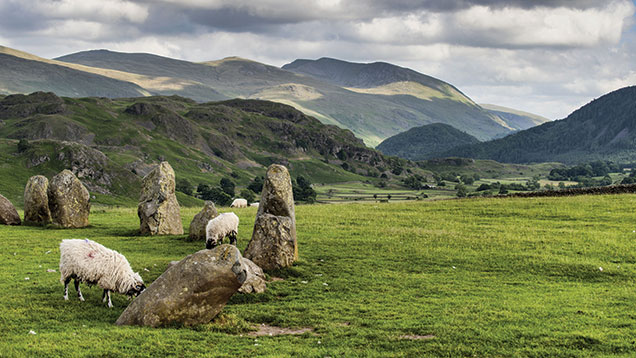 The agency wrote to 11,000 scheme holders demanding that farmers who have pre-2013 agreements must keep more detailed livestock records if using grazing or livestock management options.

It says: “This is necessary to meet the requirements of the EU for evidence that the options are being implemented and to avoid the EU imposing financial penalties on the UK as a result.”

NFU hill farm chairman Robin Milton, who farms on Exmoor, said his phone had been ringing off the hook since Natural England sent out the letter.

Farmers were complaining it would mean further unnecessary red tape, he added.

“There is disbelief about it. They have landed this on us with no consultation and it is one of the vaguest pieces of paper I have ever seen. It doesn’t even give any indication of when it starts.”

Mr Milton said farmers that felt like Natural England was showing no trust in them by asking them to prove what they were doing in such detail.

“There is disbelief about it. They have landed this on us with no consultation and it is one of the vaguest pieces of paper I have ever seen. It doesn’t even give any indication of when it starts.”
Robin Milton, NFU

It was “gold-plating” the declaration at the end of the claim form, where claimants have to sign that they are meeting all the requirements of their agreement, he said.

The form-filling itself was also likely to take some considerable time. Some farmers had already indicated they were unwilling to do it.

NFU countryside adviser Claire Robinson said the letter had been sent out with little warning and had hit people in the middle of lambing and calving.

“There are also a lot of practical questions about how this works on the ground. We are asking for clarity on which options you need to keep records for and how quickly does it need to be filled in. It’s about looking at what is practical and realistic for farmers, particularly at this time of year.”

A Natural England spokesman said the organisation had recognised the change would be unwelcome, but the letter had gone out to give farmers as much notice as possible ahead of a
1 June start date.

“Farmers with agreements that started after 2013 already meet this requirement. The amendment means the requirements in all agreements will now be consistent.”