A horrified young farmer has revealed how he found two pregnant ewes dead with their throats slit.

Harry Plant, 18, discovered the sickening act of depravity when he went to check on sheep in a field at Avon Valley Farm, in Swinford, Leicestershire, on Saturday morning (24 February).

Mr Plant, a Milton College agriculture graduate, uploaded photos of the brutal aftermath of the attack on his Facebook page in a bid to help find those responsible.

“It’s totally unnecessary. I could understand it more if someone had killed the sheep and taken the meat away,” Mr Plant told Farmers Weekly.

“But to have come into a field, killed them and left them there is incomprehensible.

“To anybody, no matter whether you agree with it or not, it’s stealing from somebody else. I am 18 and trying to build a business and then someone comes and does this.”

Hundreds of people have posted messages of support for Mr Plant, with many expressing their anger and shock over the killings. 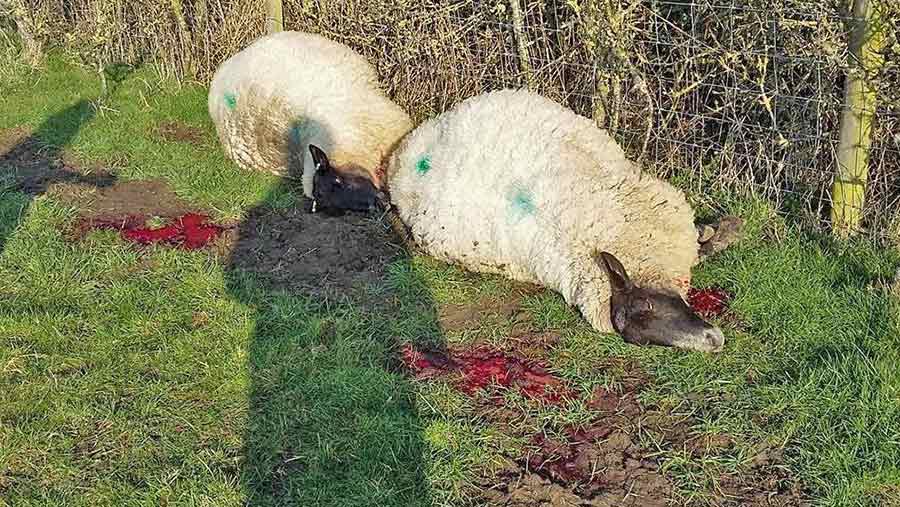 Nicola Philp said: “As a sheep farmer, I am absolutely disgusted that anyone could do such a thing. So sorry, you must be devastated.”

Sophie Bramley said: “That’s absolutely disgusting and mindless. So sorry this has happened to you. Hope you get some justice.”

“It’s not just the money, it’s demoralising,” he added. “It makes you wonder whether this is going to happen for the rest of our lives. If so, do we really want to carry on like this?”

He urged the farming community to stick together in the face of sickening attacks like this and look out for each other.

Leicestershire Police has been alerted about the crime and the force has appealed to anyone with information to contact them on 101.

The attack at Swinford comes just days after a similarly barbaric incident on a sheep farm in Chelmondiston, near Ipswich, Suffolk.

Police said two knives were found nearby, as well as a plastic bag stuffed with tea towels and an empty bottle of cider.

A spokesman for Suffolk police said: “At some point overnight between Wednesday 21 February and Thursday 22 February an unknown offender has cut the throats of three sheep that were grazing in a field situated off Berners Lane.

“The carcasses were removed to a small wooded area next to the field, where two of the three sheep were also left partially skinned. Two knives were found nearby.”