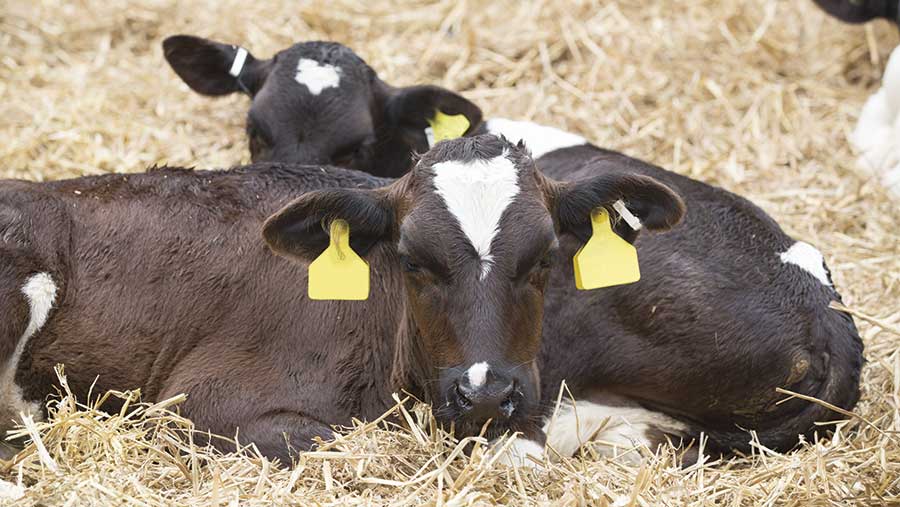 James Robinson, who has 130 organic Dairy Shorthorn cows plus followers, has been working with his vet Kirsty Ranson of Westmorland Veterinary Group, since 2014, looking at calf performance. They have also been using Calf Tracker.

While calf performance wasn’t bad prior to 2014, Mr Robinson admits it could have been better.

“We were calving at 28 months and wanted to get this down. Kirsty was the catalyst to help focus our attention on calf management,” he admits.

One of the first areas they looked at was colostrum management. Previously, if calves were up and sucking, then Mr Robinson thought they were fine.

However, when calves were tested for colostrum transfer, the success rate was only 80% – meaning one in five calves failed to get enough colostrum.

Now calves are tube fed three litres of colostrum within the first couple of hours of life. He has even invested in a portable milking machine to strip colostrum from the cows.

“This means we don’t have to turn the parlour on and we get the colostrum instantly,” he says.

Investment in a calving gate for two of the calving pens has made it easier for cows to be stripped and calves stomach tubed.

“It has reduced the stress on the cow and the handler,” adds Mr Robinson.

In the past 12 months, 20% of calves have been tested for colostrum transfer with 100% success rate.

Whole milk, which has a butterfat of 4% and protein of 3.35%, is fed to calves because of the high price of organic calf milk replacer.

The amount of milk being fed has been increased from two litres given twice a day (four litres in total) to a total of five litres, split over two feeds.

Although this is costing extra, with milk worth about 40p/litre and the cost to feed calves at £2/day, Mr Robinson believes it is worth it.

“It has helped to increase growth rates, so if we can get calves growing better and meeting their target weight at bulling by 13 months, then it’s worth it,” he says.

An ad-lib total mixed ration consisting of a calf starter, 15% straw and 85% silage, which is chopped to 1.5in long, is also introduced when calves are one-week old. This is to help their rumen develop.

Calves are then weaned gradually using a step-weaning approach. From eight weeks, milk is reduced from five to three litres/day, which allows an increased intake of cake.

Mr Robinson says by eight weeks they will be eating 1.5kg of cake a day and will have doubled their birthweight, averaging about 90kg. 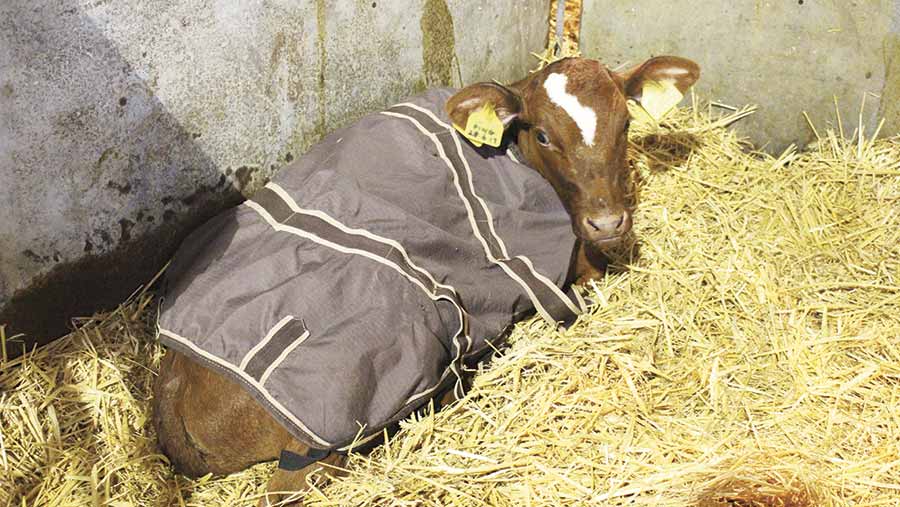 All calves born are put in a calf jacket © Sarah Alderton

From late August through to the spring, all calves born are put in a calf jacket, which Mr Robinson says has resulted in about 90g/day difference in growth rate, or 5kg by weaning time, when jackets are removed.

“All these small management changes have had a big influence on calf performance,” explains Ms Ranson. 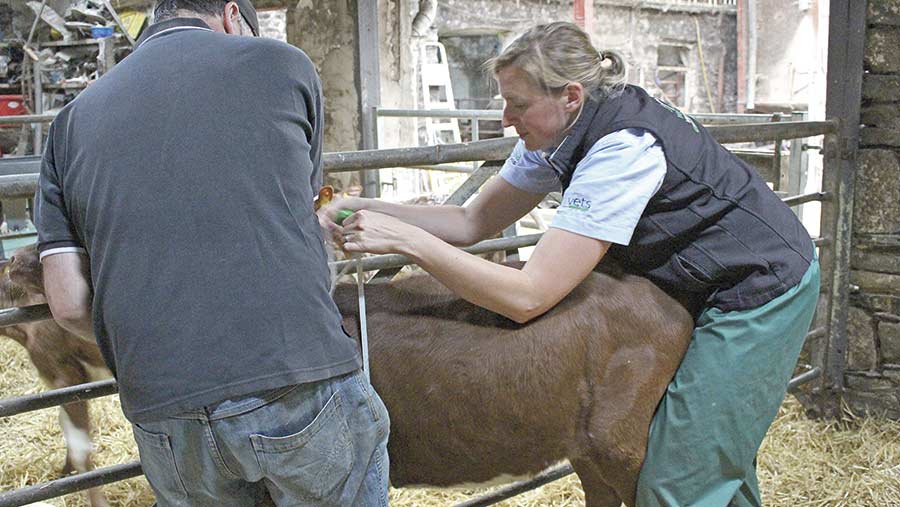 The target is 800g/day. This means heifer calves are meeting their target service weight of 345kg at 13 months old, which is allowing heifers to calve down from 22 months.

Their average age at first calving is 26 months, but prior to 2014 was more than 28 months.

At an average of £12 a straw for semen, this in itself is saving money, with it costing, on average, £13.92 to get a heifer back in-calf in first lactation under 26 months versus £30 over 26 months. This is without taking into account costs for building space and feed.

Mr Robinson says: I would rather have a heifer in milk at two years old than a heifer in calf at this point for another five to six months,” he says.

Ms Ranson says by fine-tuning management and getting the heifers in-calf earlier, this has resulted in the rearing time being cut by four months for a large proportion of the herd.

“Small amounts of time and attention to detail invested at a young age makes a huge difference later,” she adds.