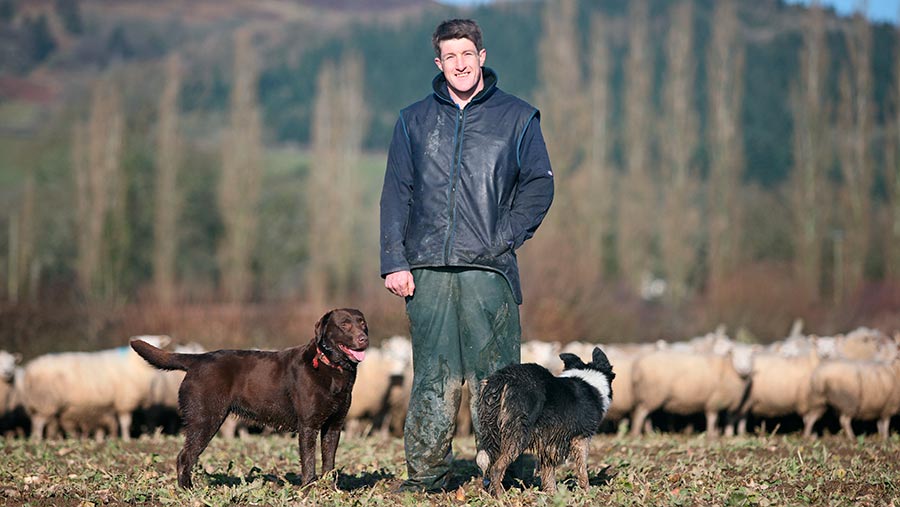 Shropshire sheep and beef farmer James Evans was concerned about the effect the routine use of antibiotics, used to tackle disease at lambing, was having on the health of his lambs.

“The antibiotics we were using weren’t just killing the bad bacteria in the lamb’s gut, but the good bacteria, too,” says Mr Evans, who runs a flock of 800 Lleyns at Bishop’s Castle, Shropshire.

He feared this approach might one day cease to be effective. “As far as I’m aware we don’t have a resistance issue, but science dictates the more we use antibiotics, the more likely that could happen in the future,” he says.

Mr Evans researched alternatives and opted for Panatec, a non-antibiotic supplement that comes in tablet form and is based on technology that harnesses the reaction of enzymes and antioxidants.

When he started using it and how it is administered

He first gave it to lambs two years ago. His single- and triplet-bearing ewes lamb are kept inside from 1 April and the tablet is given to these lambs immediately after birth as it is very rare to have any problems outdoors.

“Once a lamb is penned up we pop the tablet into its mouth; it is easy for them to swallow,” says Mr Evans, who sells lambs deadweight to Randall Parker.

“Basically, we are giving them a super boost of all the good things that are present in colostrum,” he adds.

He reports that there have been no more cases of watery mouth than he experienced when he was using antibiotics.

“The difference is that we are protecting the good bacteria and we are avoiding resistance issues.”

How to avoid routine antibiotic applications

A recent study by the Responsible Use of Medicines in Agriculture Alliance (Ruma) found that 30% of all farmers routinely treat all their lambs to prevent watery mouth and navel infections, a situation that could be avoided with good hygiene, says a Welsh vet.

Prevention, he advises, should focus on adequate colostrum intake and keeping the level of pathogens low in the environment.

“There is no magic bullet to replace good husbandry and cleanliness, and to rely on anything else, antibiotics or probiotics, will ultimately fail.”

The technology behind the supplement was developed by Mayo Healthcare in conjunction with the National University of Ireland with support from an EU Horizon 2020 grant. It has already been granted a patent in several countries.

Mayo Healthcare managing director Killian O’Briain says there is no residue, therefore no risk of resistance.