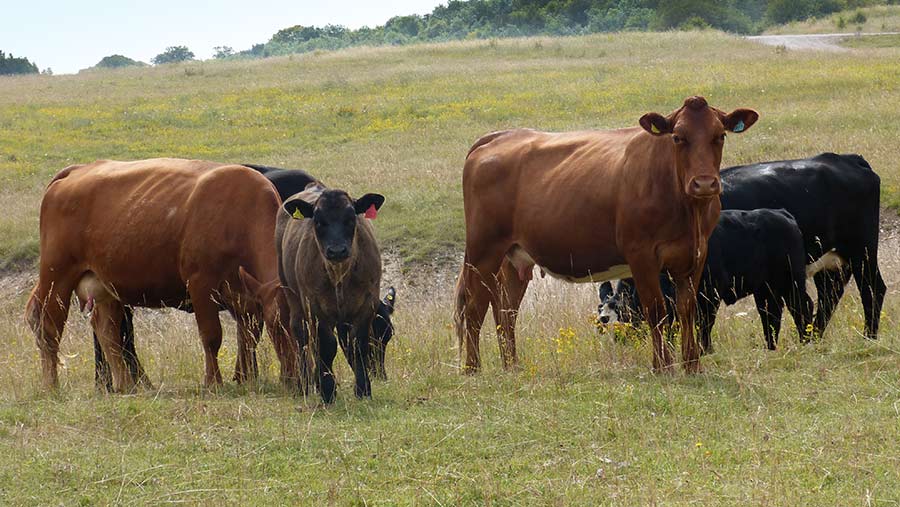 An organic ranch-style farming system is allowing a Wiltshire business to run 490 cows with just two labour units and create a rare and highly valued habitat in the process.

The Waight family farm arable and beef on a Ministry of Defence tenancy at Compton Farm, Enford, on the chalkland of the Salisbury Plain.

By working closely with the MoD and ecologists at Natural England, the crossbred herd grazes sensitive grassland, 70% of which is classed as a site of special scientific interest (SSSI).

The system requires hardy, maternal cows to calve unassisted and thrive outside all year across more than 3,200ha of unfenced extensive heathland, stocking at one cow to 6.5ha.

“Cattle are so important to this environment,” explains Bruce Waight, who farms with wife Lucy and sons James and Henry.

“They open the ground up treading seeds in each year. Without cattle, bushes and bigger plants dominate and shade out the rare flowers.”

The business pays a rent to the MoD as Agricultural Holdings Act tenants, with land quality and rent varying hugely.

With no fencing out on the plain, the breeding herd spends much of its time behind electric fencing, grazing land that has never seen fertiliser, herbicide or a plough.

Cattle are moved around the plain to suit the management of the flowers and ground-nesting birds, with Natural England advising on how to prevent over- and under-grazing. 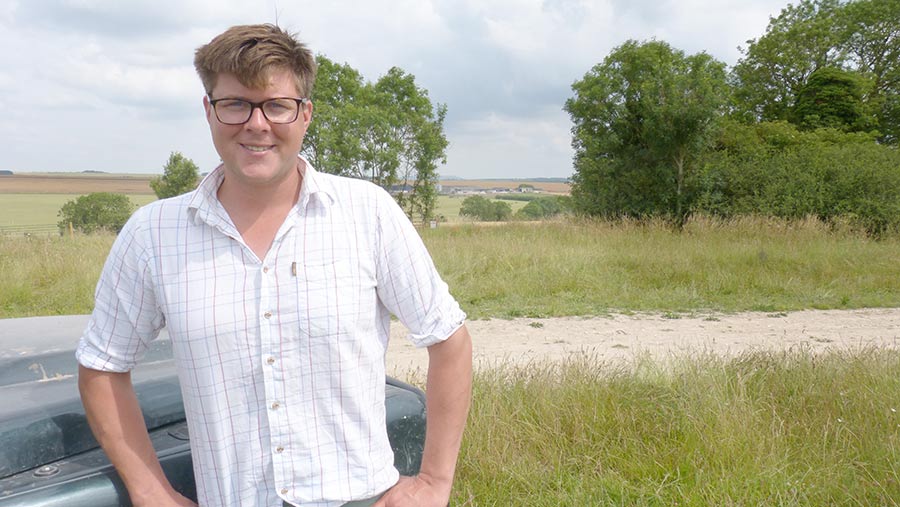 Easy-calving bulls and polled genetics help minimise labour. Cows calve in 4-12ha paddocks in mobs of up to 100.

About 5% of animals require calving assistance, which is done by catching cows using a stick lasso rope from a quad bike or Land Rover.

Heifer calves are given red tags, bulls are given yellow tags and castrated with a rubber ring.

All calves get their navels covered in iodine and for the first time this year were EID tagged.

Calves are moved from the calving paddock at two days of age onto the rotation. Two herds are run in separate calving blocks.

A further advantage of running two blocks is the cashflow benefit of being able to sell cows through the year, which also suits the organic contract with ABP, says James.

With an 11% barren rate in the spring block and higher calf mortality than a typical indoor calving farm, the system can wean around 80% of calves per cow bulled. 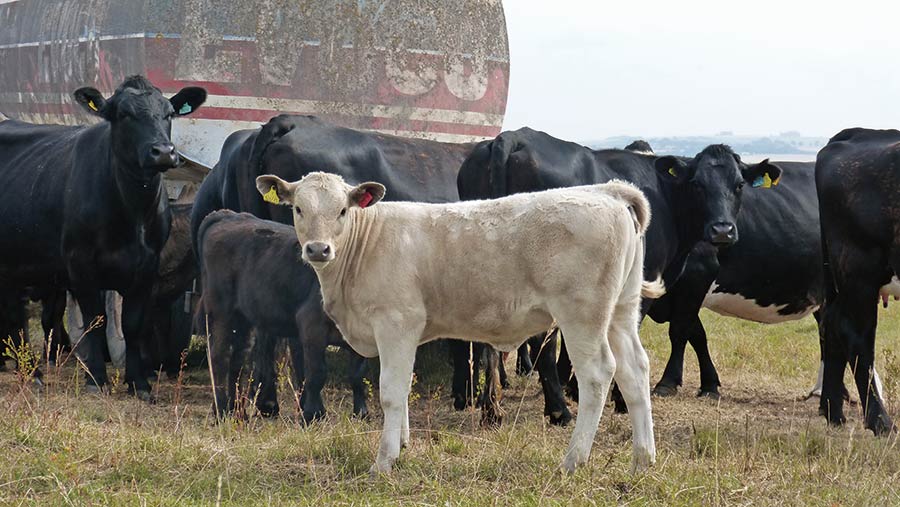