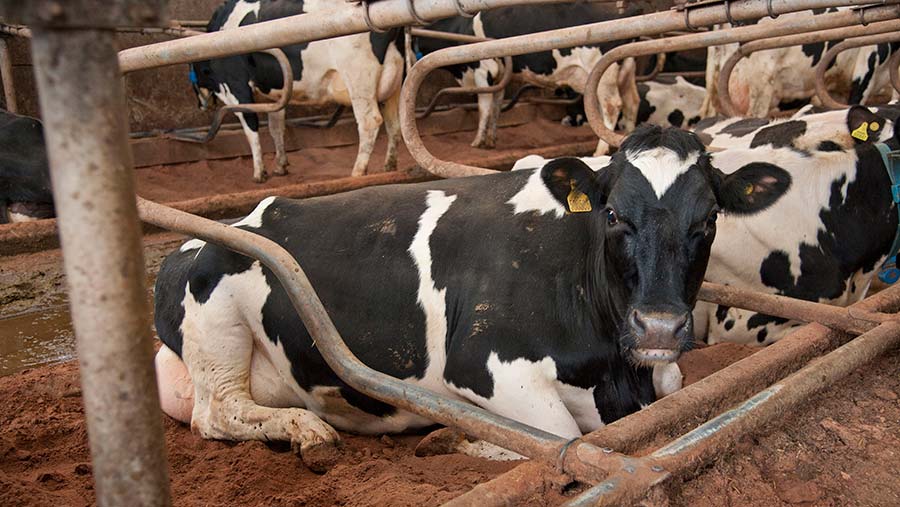 The three weeks before and after calving are important times for cows.

The dairy cow is more vulnerable and her metabolic needs increase dramatically.

Get the transition right and you can prime a cow for a healthy and productive lactation, but get it wrong and she can become an early cull candidate.

Research on 101 cows at UBC found that cows which went on to develop metritis had reduced dry matter intakes one week before calving.

In healthy cows, intake dropped only the day before calving.

The greatest decline in intakes in cows that became sick was seen at peak feeding times (8am and 4pm).

Video footage showed that healthy cows spent more time at the feed fence, even if they weren’t eating, bullying other cows out of the way.

When sick cows were at the feed fence, they were likely to be eating. This highlights the importance of providing plenty of space and avoiding overstocking.

Dr von Keyserlingk also said that because it could be difficult to find a dry place to stand in a cubicle shed, a cubicle itself could provide a spot for cows to get away. Her research has shown that this can help reduce lameness.

Research has shown that it takes cows four days to return to their normal social behaviour after regrouping.

On the day of the move and the day after, a cow experiences an average 10-25 events where she is pushed out by another cow. On average cows showed a 4kg loss in milk on the day of regrouping.