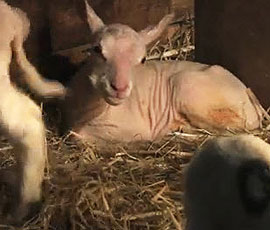 Farmers in Northern Ireland are being warned that further spread of the Schmallenberg virus is likely, despite only four incidents of the disease being confirmed in the country.

Only three cattle herds and one sheep flock have been affected by the virus in Northern Ireland, compared to southern England, which has reported up to 40% mortality on some premises during the 2012-13 lambing season.

Virologists at Agri-Food and Biosciences Institute believe further spread to other herds and flocks is likely to occur in Northern Ireland during the current summer and autumn insect vector season.

The institute is encouraging farmers who suspect problems caused by Schmallenberg virus to seek advice from a vet and to submit samples for testing to AFBI’s veterinary laboratories at Omagh and Stormont.

Keep up to date with the latest news on Schmallenberg, including details on vaccination.