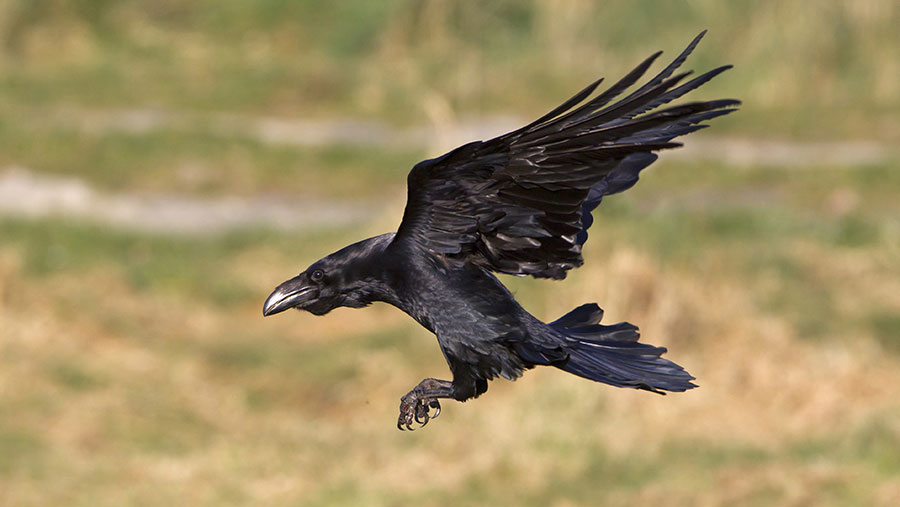 The National Sheep Association (NSA) has called for a wider cull of ravens in Scotland, after Scottish Natural Heritage (SNH) came under fire for sanctioning a limited cull.

The latest licence was granted by SNH to a conservation group in Strathbraan, Perthshire, which requested permission to cull ravens to see if that would help a recovery in curlew, lapwing and oystercatcher numbers.

The group blamed ravens for predation and was awarded a licence to cull 69 ravens this year, with more to come over the next five years.

SNH issued a strong justification for licencing the cull, pointing out that the habitat around Strathbraan “is good for breeding waders, but raven numbers are increasing”, adding it was just a trial.

But it has since been revealed the culling of ravens is more widespread than first thought. Following a parliamentary question, the Scottish government confirmed that more than 400 licences for the killing of 3,334 birds have been issued by SNH over the past three years.

This has triggered further condemnation from animal rights groups. Director of OneKind, Harry Huyton, said he was “shocked” to find so many ravens were being routinely killed across Scotland.

“Ravens are supposedly a protected species, recovering from a long history of persecution,” he said.

However, the NSA has offered its support for the culls, and says licences to reduce raven numbers should be more readily available in other parts of the country.

“With lambing now finished across the UK, the NSA has received reports of very high losses to ravens this year, including flocks in Scotland where 50-100 lambs have been killed,” said NSA chief executive Phil Stocker.

“Ravens target lambs in vulnerable moments, even striking the very moment they are born.”

NSA Scottish regional chairman John Fyall acknowledged it was an emotive issue for campaigners, “but there is nothing as emotive as seeing a newborn lamb trying to find a teat to feed from its mother with no tongue and no eyes”.

Legislation allows the culling of ravens under licence “to prevent serious damage to livestock”.

But the NSA believes raven numbers are getting out of control and more licences to cull are needed to counter the knock-on effects on other species.

OneKind, however, says other, non-lethal methods of deterring raven predation should be pursued instead.