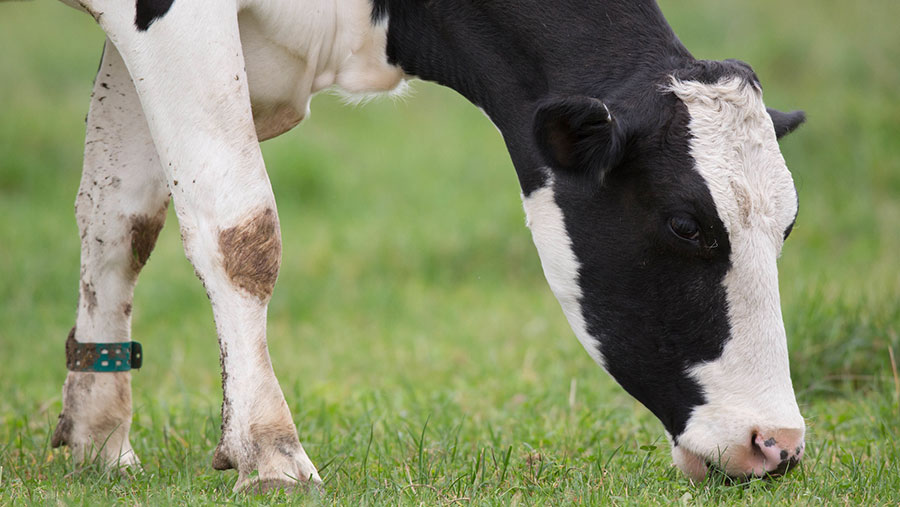 The four new indexes are for calf survival, carcass quality, lameness and feed efficiency, and will be added to the existing predicted transmitting abilities (PTAs) routinely published by AHDB Dairy. They will begin to be released with the April 2018 index run and continue thereafter through the year.

See also: Dairy fertility targets and how to achieve them

Each of the four PTAs has been developed through the use of huge datasets of information on cattle, ranging from calf survival data from the British Cattle Movement Service to carcass weights and grades from abattoirs across the UK.

Announcing the new indexes at the British Cattle Conference in Telford last week, Marco Winters, AHDB Dairy head of animal genetics, said: “These four new traits for 2018 build on that progress and address some of the pressing issues the industry faces today.

“Farmers want to know which dairy bulls breed calves with good survival, which daughters are less prone to lameness and which will more efficiently convert their feed into milk.

“By addressing health traits through breeding as well as management, farmers are improving the welfare and fitness of their dairy cattle and will enhance their ease of management in the long term.”

What are the four new evaluations?

Weight, age and carcass information is now routinely shared with AHDB’s partner Egenes-SRUC by most major UK abattoirs and used in this genetic evaluation. The DCI will be of particular interest to dairy farmers producing youngstock for the beef supply chain or rearing their own beef.

However, all dairy farmers will have an interest in the weight gain component of the index, which is relevant to the growth of dairy heifers as well as for dairy-origin beef.

With some 55% of UK beef originating from the dairy herd, this index has the scope to improve returns and efficiency for many dairy producers. The DCI is jointly funded by AHDB Beef & Lamb and AHDB Dairy. The data collected is also used to enhance pure beef genetic evaluations.

This has been developed using more than two million animal records from the British Cattle Movement Service which show calves of some sires are more likely to survive their first 300 days of life than those sired by other bulls.

The heritability of CS has been found to be about 5%, which will enable breeders who continually select bulls which improve calf survival to achieve incremental improvements with each new generation of calves.

A new lameness index will enable UK producers to make direct genetic selection against lameness, one of the most pressing welfare issues facing the dairy farming industry which is estimated to cost about £180 for every case.

Records used in the calculation of the index will come directly from on-farm lameness incidents recorded by the milk recording organisations, National Milk Records and Cattle Information Service.

This information will be combined with existing data for locomotion and feet and legs, together with bone quality scores and digital dermatitis records from the National Bovine Data Centre type classification system. Research has found the heritability of lameness to be 4%, which offers the potential to make a real change to the prevalence of lameness on dairy farms.

A new feed efficiency index will give producers an indication of which animals most efficiently convert feed into milk.

Extensive research into dry matter intake (DMI) has been carried out on more than 10,000 animals around the world, in which the UK has played a major part. From the findings, a genomic index for feed efficiency has been developed which takes account of DMI and relates it to milk production and the cow’s maintenance costs.

In helping to identify and breed for the most efficient converters, the index will play a part in reducing feed waste, providing both financial and environmental benefits.