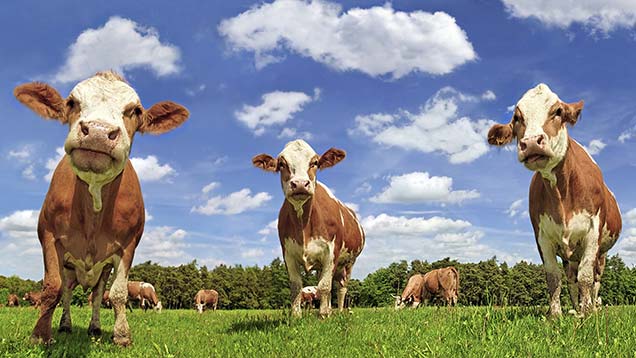 Stunted growth in Fleckvieh cattle could be prevented after genetic mapping has identified the mutation that causes the growth disorder.

The research team from Technische Universität München (TUM), Austrian data processing service ZuchtData and the University of Veterinary Medicine, Vienna, identified an area of the genome responsible for this growth disorder, which is only visible in youngstock if passed on by both parents.

“The affected calves and young animals exhibit significantly stunted development in comparison with their healthy contemporaries despite normal feed intake – growing at roughly half the pace and gaining only half the weight. Apart from that, though, they look completely healthy,” explained Dr Hubert Pausch from TUM’s chair of animal breeding.

Breeding bulls have already been routinely genotyped for several years now, but by extending the DNA analysis to female animals, problematic matings could be avoided, particularly as many breeding bulls are carriers of this genetic disease, said Dr Pausch.

This would enable faster achievement of desired breeding results and prevent many genetic disorders, he added.