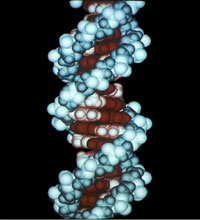 Genomics – considered the biggest advance in cattle breeding since frozen semen – is likely to be used most widely to avoid inbreeding in dairy cow populations.

Marjorie Faust, of the US Department of Agriculture’s Dairy Genomics Project, said 50,000 markers on an individual animal’s DNA had been established to have links with predicted performance.

Effectively, genomic markers allowed breeders to fine-tune results gathered from conventional animal evaluations such as bull proofs and progeny tests. But despite promising great things, it was the elimination of inbreeding that would be the technique’s initial contribution to the dairy sector. Using DNA samples scientists would be able to detect the purity of the bloodline.

The revolution genomics delivered would begin with individual animal identification – validating parent stock of each animal that ensured genetic diversity – helping rid the sector of inbreeding, which hit performance, she suggested.