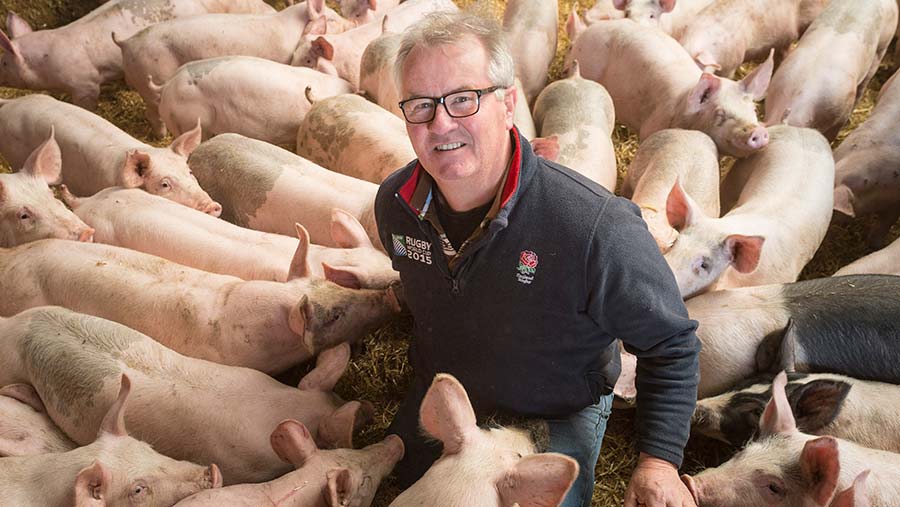 I was at a meeting just before Christmas where a woman from AHDB Pork pointed out the dangers of African swine fever (ASF).

I must say I found it very scary that foreign lorry drivers are a possible infection source.

They set off from their country with food supplies for 10 days and park up in a lay-by in the UK for the night and have a barbecue.

If any leftover food contaminated with ASF is picked up by wildlife it would be game-changing for us.

Export markets would be gone overnight, which is worth 40% of a pig’s value. Another possible cause of infection could be foreign piggery staff returning from holiday and bringing infected meat into the UK.

Is Defra pointing out the dangers to foreign hauliers and the implications if any of their drivers are found with illegally imported meat?

Last week was a service week for us – 105 sows served in the morning and again 24 hours later with mostly our own boar semen.

We buy sow nuts to feed these pigs, which we blow onto the straw and the sows then spend a couple of hours foraging.

These sows look fantastic and are photogenic, but we do get a variation in sow condition as some bullying occurs and the more timid pigs miss out.

I am considering electronic sow feeding stations in the tents to hopefully eliminate bullying and allow us to feed our own meal.

The sows in both systems are checked for returns using a teaser boar from day 18 to 31. I scan the sows at day 32 to confirm they are in pig

I then scan every week either visually or with the pregnancy tester just to be sure, as this time of year you can get sows that are in pig and then not pregnant a week later.

I would expect at least 97% to farrow as we run at 92% conception rate most of the time. We always serve 10% extra gilts over late summer to cover for any autumn infertility.