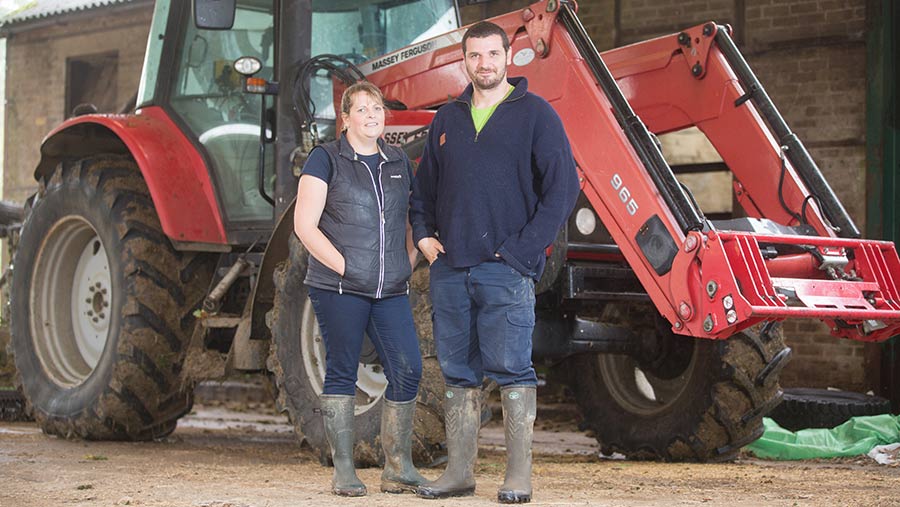 Our breeding programme for the ideal arable sheep is really coming together. This month, we have taken DNA samples from 500 ewes and their progeny and sent them off for analysis in the US.

We took a stand at Groundswell – the direct drilling and soils-based event ­– and had a great response from arable farmers and mixed farmers alike.

It’s amazing to see the changing attitudes. Five years ago, I remember a certain large land agency laughing at our proposal for a mixed farm on a large block of land that came up.

I truly believe if that situation came up again, we would be a serious contender. The interest in bringing sheep back into the arable rotation is now huge.

A secondary benefit of Groundswell was the positioning of the Rural Payments Agency (RPA) stand right next to the Farming Community Network (FCN).

The FCN has helped us resolve a long list of BPS and mid-tier issues over the past eight months.

We have finally resolved an issue we’ve been waiting on since February, and the arable farm should now receive the £45,000 we are owed.

It could be that by late July we may not be owed anything by the RPA for the first time in 18 months. If you are experiencing any RPA problems, please do contact the FCN – they really can help.

In other news, we have unfortunately ended up a tractor driver down.

I’m now the new sprayer and combine operator, as it’s unlikely we will find a replacement before harvest.

I’ll just have to get on with it, but it looks like harvest is going to be stressful.

Our Harper student, James, has arrived and we have thrown him in at the deep end with two big lots of early weaning to get into. Grass is rapidly running out, so we have taken the decision to wean two mobs at 80 days rather than our usual 100.

Shearing is complete. Marc Hughes brought his team of five shearers and Ian the wool roller.

We managed to shear 2,201 ewes in two days, moving the handling race seven times. By the end of the second day, everyone was absolutely finished.