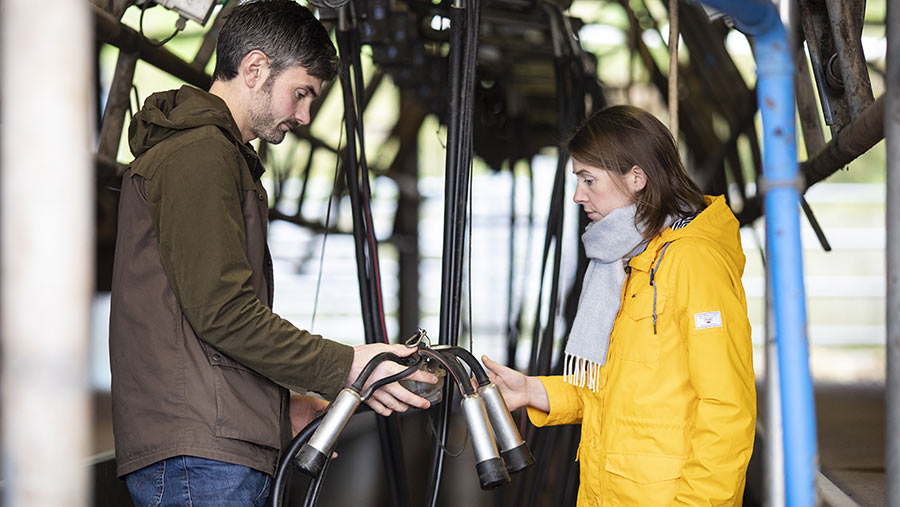 As the lyric goes, “Summer time and the livin’ is easy”. And, boy, has that struck a chord here recently.

Following an unfortunate tractor mishap, we have been without the John Deere since May and are relying on local contractors for slurry spreading, fertiliser application, mowing, tedding and baling.

We milk once a day on our farm and prefer to have cups on at about 6am to be back for breakfast with the children after 8am.

Beyond cows and grassland management decisions, as there is no tractor the day has been enjoyably filled with family time – and with taking much earlier action against ragwort, thistles and shed cleaning.

See also: How once-a-day milking can be as profitable as twice

The “battle of thistle and ragwort” began in 2015, when we started manually pulling those perennial weeds to death instead of spraying.

The early skirmishes were hard fought, with much sweat, blood and tears and a quick realisation that once our foes were armed with flowers we were fighting a losing battle.

Bringing the fight to them, we improved our soil nutrient and pH status to make it less favourable for their survival, but onwards they still marched each summer.

Offering coin to younger recruits in our force in return for service has given us a slight edge over the past two years, and finally this summer has seen a retreat of sorts.

The remaining perennial weed stronghold has been confined to a wild half hectare on a steep hill but our recent victories have heartened the troops and success is within our grasp.

Intelligence informs us not to let our guard down as resurgence is very likely and weed patrols continue.

On the home front, we are one week away from completing the 10 weeks of our breeding season and the early scan has shown conception rate to first service of about 65%.

Current production is at 1.55kg MS a cow while on a diet allocation of 16kg DM grass and less than 1kg of a 13% nut. May milk price achieved was more than 39c/litre, which equates to 35p/litre.