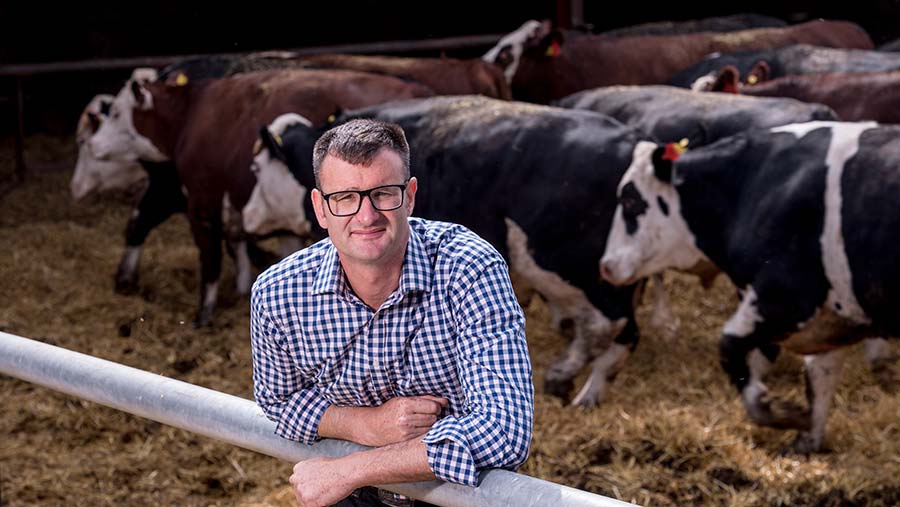 Now then. Welcome from the Northern powerhouse, where we are going to put the “great” back into Great Britain.

Hopefully Boris Johnson won’t sell us out to the Americans and instead realise that our own agricultural industry can rise to the challenge of supplying sustainable, healthy food with quality assurance that is second to none.

Here at Osgodby Grange we have done a fair bit of trade in December. It has been mad; we have killed beef nearly every day of the month.

There doesn’t seem to be any waiting lists into the abattoirs that I deal with – long may the demand continue. Surely, we will see a lift in the beef price before long.

It’s slightly drier here and I have walked the maize fields that we didn’t chop, with the intention now to shovel those up with the combine soon.

The big drag (cultivator) is going to make an appearance shortly and we are going to go about it proper “old school”. It will be max-till to try and freshen up the Somme after failed wheat drilling, and hard-won maize and potatoes.

Lord Reith set up the BBC in 1922 to educate and inform the masses. As you can imagine, I’m becoming more infuriated every time I watch the BBC, because the corporation now thinks it is acceptable to tell us what we ought to think, with its biased, patronising journalism.

I am fully aware that climate change needs addressing, but we are not facing doomsday.

I don’t want turkeys wearing jumpers promoting a vegan Christmas dinner. Why don’t they substitute Huw Edwards on the News at Ten for Second World War German propaganda broadcaster William Joyce – better known to us as Lord Haw-Haw. At least we knew that propaganda was blatant.

After studying whether or not I have to pay the licence fee, I have come to the conclusion I don’t.

I’ll stand to be corrected because the website won’t win awards for plain English, but if I sign a declaration saying I don’t watch live television, I’m exempt.

Worst case scenario I’ll chop the plug off the telly. I’m not missing anything.