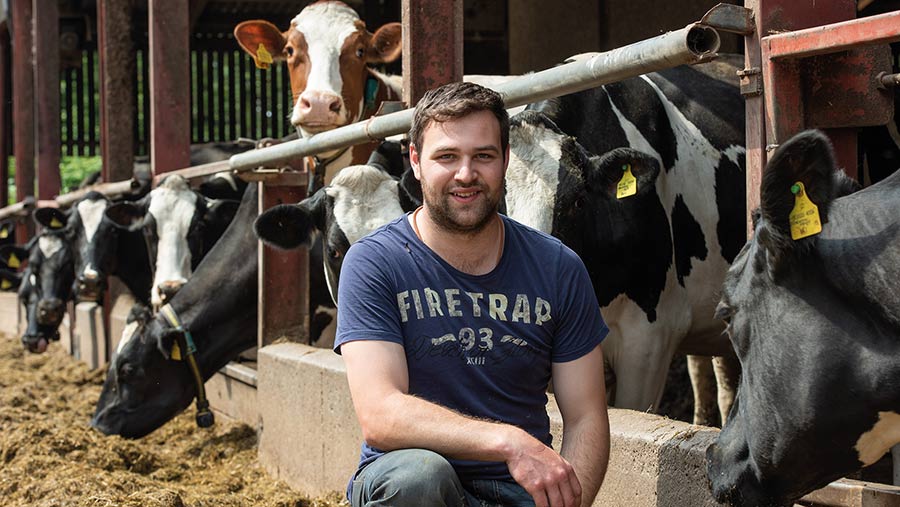 The past month has been spent starting to get ready for winter, mainly making sure sheds are ready for dry cows and youngstock.

We ended up bringing the dry cows in alongside a big bunch of heifers ready for bulling because the weather had turned that wet and unpredictable they were making a mess outside.

We also brought in the youngest heifers because they were struggling to hold condition with the way the weather was.

The cows in-milk are performing pretty well. Fertility has come back up and milk has held at 36.6 litres a day with butterfat at 4.09% and protein at 3.3%, which is all helped by the fact we have calved quite a few this past month, including a lot of heifers.

We have had a lot of twins as well. We’ve had five sets in the past month and we are running at 9% twins for the year.

This is far too many really, but the monensin boluses we are using pre-calving seem to be looking after the twin-bearing cows much better than we had previously managed.

We have sold all the store lambs (except the poorest end) straight off farm, which is the first year we have done so. This will now be happening every year, if possible, because they have been dosed only twice in their life and had feet addressed.

If they had stayed until finishing, we would have got more money a head but would be hard pushed to make more margin on them because of additional management requirements.

Also, they would be eating winter grass that is for the replacement hoggs and for tupping the ewes on, when they come down from the hill in seven weeks’ time.

This past month we’ve blitzed the fencing. Last year the building project meant fencing got missed.

Fences are getting to 12 years old since we had grant money at the start of Higher-Level Stewardship to fence waterways.

The wire is still perfect, but the wooden posts have nearly all rotted off. We still have a lot to do and we have used a lot of posts just to make fences right.

Patrick Morris-Eyton is a Farmer Focus writer from Cumbria. Read his biography.