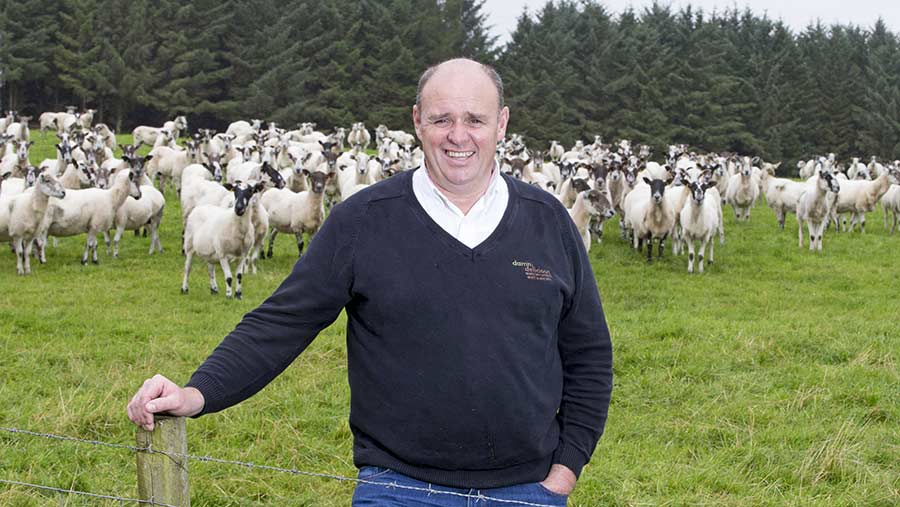 With lambing now fast approaching all attention is starting to turn to the sheep.

Scanning went well at 184% and I was especially pleased with only having four empty (1.7%) – I didn’t think it was possible.

I had never bolused my ewes prior to tupping until this year – could that be the reason for the reduction in empties?

At scanning I condition scored my ewes and all the leaner ones have been given the best grass alongside the triplet-carrying ewes.

Lameness seems to be more under control, with a jab of Tilmicosin by my vet being the most effective for the worst cases.

See also: How to build a strategy to reduce sheep lameness

Ewes will now be vaccinated against foot-rot as well as being bolused for cobalt, selenium and iodine. I am convinced this pre-lambing bolus was a great benefit last year.

I have moved the bolus forward to six weeks prior to lambing this year because of some good advice from some of the members of our QMS Grazing group regarding the connection between correct cobalt levels at six weeks helping with lamb survival.

This group doesn’t meet very often but we have a fantastic Twitter forum where we discuss all sorts of topics, even the rugby, and there is no doubt that 10 brains are better than one.

The quality of my sheep silage is a bit poorer than last year (10.8ME v 11.6ME) and I have had a lot of discussion with various “experts” about what to feed the ewes prior to lambing.

Everything was pointing at a compound until I worked out what the extra cost was going to be above the soya-based product.

Last month I had a fascinating day participating in filming the new QMS Beef advert #knowyourbeef, which has just launched.

On arrival, the first comment I heard from a fellow farmer was “I thought there would be more of us”, and I couldn’t have agreed more.

QMS had asked for volunteers and apparently, they had to turn away butchers and chefs but there was a real lack of farmers. Sad that so few were willing to give a day to help our struggling industry.