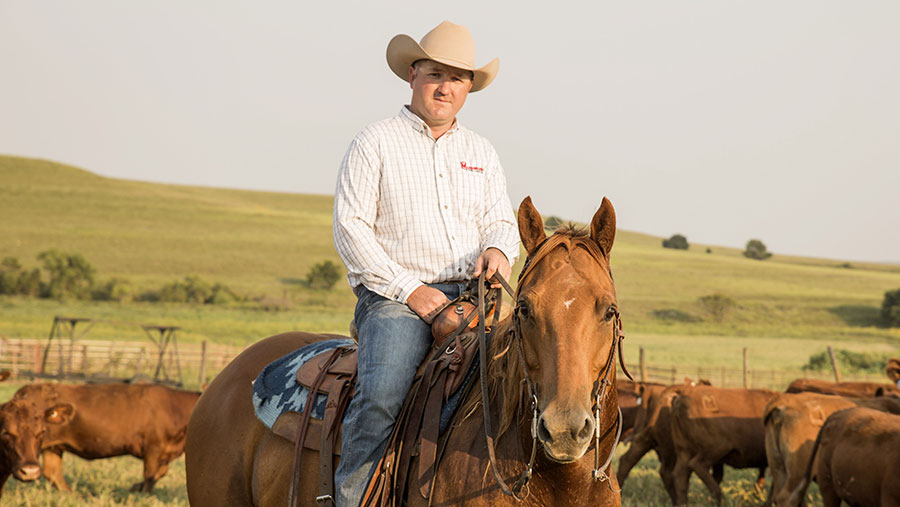 People all over the English-speaking world consider the word “neighbour” to be a noun. However, around here the word means much more than that.

In Kansas it is also used as a verb on many livestock operations. At busy times of the year (calf working, shipping, pregnancy checking, even hay work) there is often more work than can be done by a family.

The Flint Hills have many yearling cattle on grass. It is a low-margin business and a single operation can have several thousand head and one person to care for them all.

See also: 5 reasons why US ranching is not for the fainthearted

Of course, none of them are tame and to be honest most of them are stupid. That guy has zero chance getting them loaded into trucks by himself.

It is common for someone to help their neighbours ship their calves for a week or more before everyone in the group shows up and gets all the work done in a single day.

Written down, the verb neighbour looks like this: “The Jones family neighbours with the Adams clan.” Or it can simply imply two families are very tight-knit.

It’s one thing to know someone, be in the same community as someone, have the same type of cattle and so on, but to neighbour means there is a mutual level of trust and respect.

Hopefully, in the coming year, you will have the opportunity to neighbour. It is a great way to get work done, and keep friendships going even when it is “too busy” to do so.

There is of course the added benefit of this being tax and wage free.