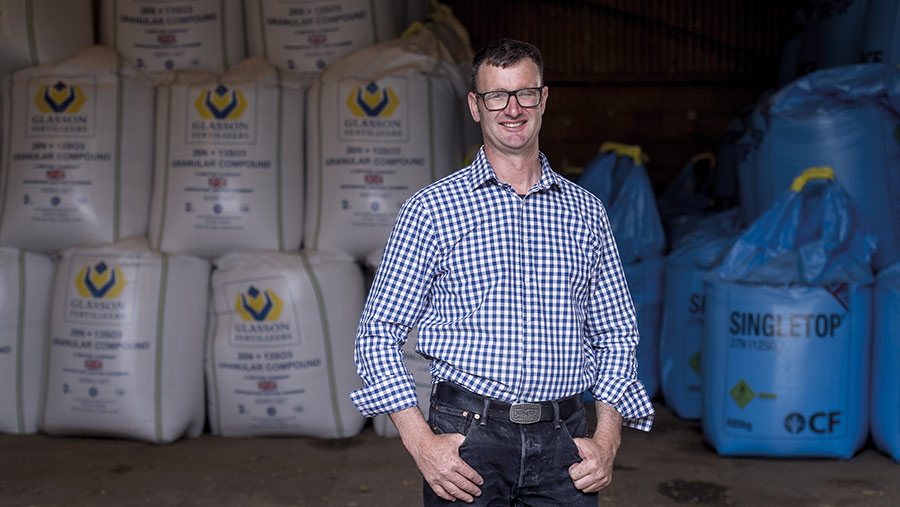 No chain required yet. We jumped straight from harvest, which was late, right into drilling.

There are probably rats chewing their way through the combine and baler as we didn’t have time for a clean down.

We are desperately trying to avoid a repeat of last year’s disaster.

We started much earlier, with wheat going in the ground on 18 September. There’s already been a good chit of black grass on the stale seed beds, so we’ve rolled the dice and risked it.

We were like the “Red Ball Express” (the allied truck convoy that moved supplies into Europe after D-Day). We drilled more wheat on the first day of the campaign than we did in the whole of last season.

Our chemical programme has changed this year. We have gone with aclonifen, plus a flufenacet and diflufenican combination, and pendimethalin, chased up with tri-allate. Three weeks later and there’s hardly a stick of black grass.

We are at full feedlot capacity for the time being. The fat price has dropped from the highs of the previous two months, but it should lift when all the grass-fed cattle have gone through the system.

Brewers grains have been very hand to mouth. Pubs are opening and shutting all the time.

We are now going to go on to faba fibres (a fish industry by-product made of bean hulls and dust). We have a massive home mill and we hammer a big tonnage of peas and beans on farm and blend the three products together.

We have filled the clamp with maize, although we may have got it a little early as it’s a bit sappy. I’m happier having it in the clamp than in the field.

There’s still 24ha (60 acres) out there we will combine at some point.

One of the paddles on the feeder wagon snapped clean off and stopped it dead. To be fair, we are typical livestock farmers, so don’t do a great deal of preventative maintenance.

This was its first failure after mixing over 20,000t of feed, so it did well. Keenan got us going in no time with a replacement and welded and serviced us in a jiffy.