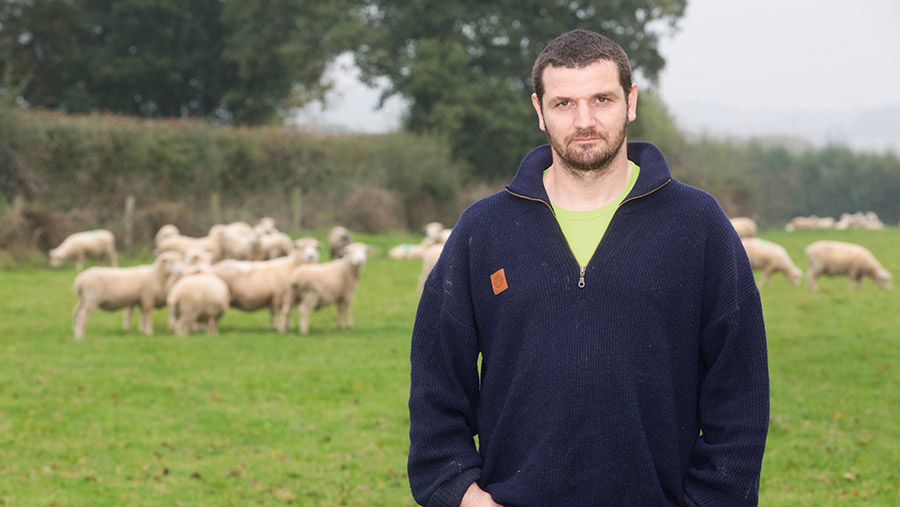 Then we had a dog attack, in which 1,200 ewes were run ragged and mixed up, and one was butchered and stolen. I’ve seen no obvious signs of abortion – yet.

We have many fields near residential areas. Not many fields have footpaths, but we have had more dog attacks since lockdown than during the seven years we have been running sheep in Hertfordshire.

Thankfully, the ewes are coming back behind permanent fencing now to start their pre-lambing grazing rotation.

We’ve had an exceptionally wet winter. We lost 40ha (99 acres) of winter wheat that we couldn’t get drained fast enough.

The winter oats are looking well. We tried hoeing some today, but it’s still too wet.

We’ve got either a dose of fertiliser or digestate from an anaerobic digester on all the arable land, and about half the spring drilling is in.

We have been growing cover crops, grazing sheep, chopping all our straw and resurrecting our field drainage systems in preparation for a change in establishment. Five years into this and we are moving to strip-tilling.

Covid, Brexit and the loss of support seem to be making the banks very nervous about agriculture. Trying to secure funds to start building the sheep dairy is proving difficult – it’s still very niche in the UK.

When the banks lend to cow dairy operations, their first question is, “Do you have a contract?” We are still 18 months away from milking and intend to process halloumi – which has become very popular – so we don’t have a contract. It’s a deadlock we’re going to have to try to break somehow.

In February we launched a new on-farm venture – SheepLife. It will give paying members of the public a chance to feed an orphan lamb, tour the farm and do a treasure trail, and we’re going to make some giant garden games for them to play.

This is a long way outside our comfort zone, but we’re only 30 miles from central London. There are plenty of chimney pots nearby, so fingers crossed we can make it work. Check it out on Facebook.