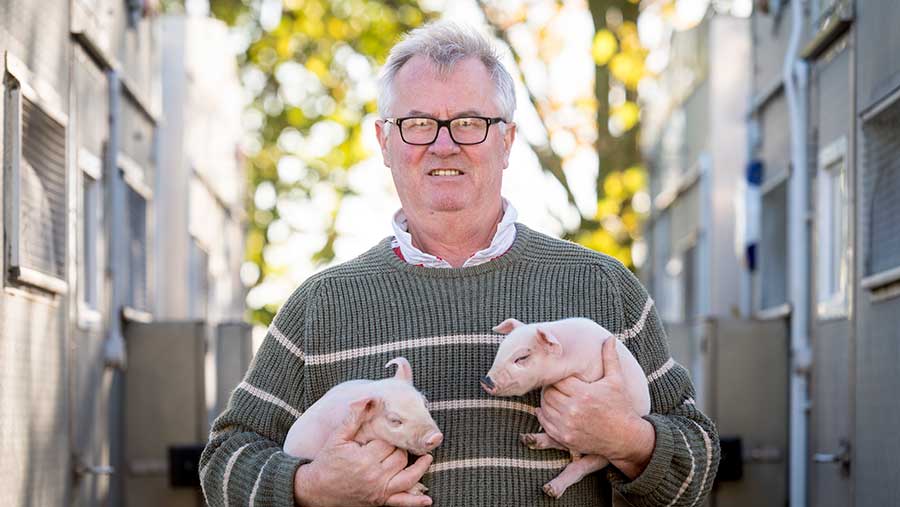 I don’t know if I dare say how well our breeding herd is doing at the moment, as I may be tempting fate or giving it the dreaded commentator’s curse.

The last two batches to farrow have averaged nearly 15 born alive and the first of these two batches, which are being weaned this week, has averaged 13.8 weaned a sow.

If we continue like this for the rest of the year we will be producing 33.25 pigs weaned a sow a year. As per last month’s column, we know there is one batch where we will be short of farrowing sows, but this shortfall will be made up as we have served extra sows in the following batch.

See also: How Danish sows are averaging 30 piglets a year

It would be nice to claim all the credit for the 10-15% improvement in numbers born, but realistically most of this is down to genetics. A couple of years ago, JSR, which supplies our dam line semen, formed a partnership with ToPigs Norsvin and this is where the prolificacy has come from.

When I first started in pigs more than 40 years ago, we always selected gilts that had no less than 12 teats. In the past 15 years this has moved onto no less than 14 and today we try to select gilts with a minimum of 16 viable teats.

Breeding companies are doing their bit by making sure dam line boars have at least 16 teats as well because this is very heritable.

The big worry I had with these prolific gilts is that we would end up with more piglets that were not viable (lower birth weights and lower weaning weights), but so far, so good.

I know a few years ago there was a public backlash in Denmark to sows that were producing even bigger litters and then having piglet mortality of 20% on some farms and high sow mortality.

We intend to avoid this as we only put our dam line semen to sows that have produced plenty of milk in previous litters and we feed a very high-specification lactating ration.

We also cull sows at sixth parity as we find that after this sows tend to deteriorate as mothers.

David Owers is a Farmer Focus writers in Lincolnshire. Read his biography.