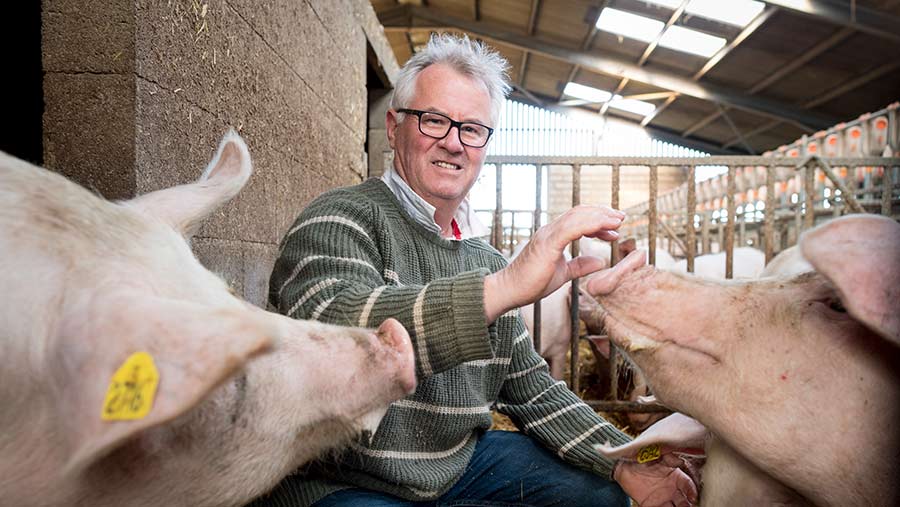 I’ve started writing this month’s column on the hottest day of the year and we are told it could be the hottest since records began.

The pigs in the yards are blowing a bit, but we always seem to have a bit of a breeze and I have created a wallow in each yard so they should be OK.

It’s a service week this week so sows are not coming on heat well because of the high temperatures. Not only will we be short of services but you can be sure we will have more returns to service from this batch than we have had recently.

We always try to serve 20% extra gilts at this time of year to cover any autumn Infertility, so we should catch up with one poor service batch.

The last batch to farrow had a conception rate of 96% so we had 108 sows to farrow but only 95 farrowing places. Thankfully, we have some old boar pens to put some sows in and let them freedom farrow.

We came out of it not too badly, although one gilt decided to savage half her piglets and another sow decided she would like to savage anyone who entered the pen to feed her or try and tend to her piglets.

Pig prices have not yet produced the bonanza that we were all hoping for earlier in the year due to African Swine Fever in China.

I know all livestock farmers are seeing reduced demand – probably due to reduced barbecue demand and the incessant farmer bashing. But I am reliably informed that prices should lift due to increased demand from China from September onwards.

However, who really knows what Boris and 31 October will bring?

We had our Red Tractor audit last week. It took four hours and eventually the lady found a non-conformance (we had not kept a record of weed spraying around buildings).

I do believe we need a strong assurance body and they are supposed to be targeting people who have multiple non-conformances, so I guess they are moving in the right direction.