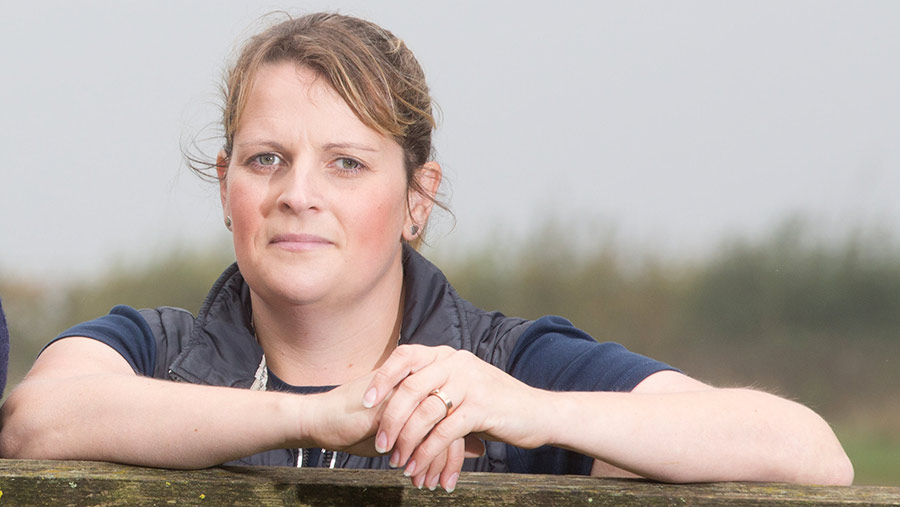 We’ve recruited a head shepherd and trainee arable manager. They should start by early October (just houses, trucks, phones, kennels etc to sort by then).

We have also come across a rather useful Harper Adams student – James – and have adopted/abducted him to help out.

We’ve recently been weighing, weaning, combining and drilling forage crops, as well as drilling green manures. Green manures are quickly grown crops (such as. mustard) that we leave to rot over winter to build up organic matter in the soil – an important technique in livestock-free areas of southern England.

Another job has been tooling up to take all of our arable work in-house. I (Jo) have been shooting off all over the country to buy the best bargains.

In 2003 I wrote a letter to Farmers Weekly titled “How will I buy a tractor?” – machinery dealers never talk to me, always opting for male companions. It wasn’t easy, but I did it.

The recent price hikes have also helped us to see the light – being offered £220/t for malting barley seems unbelievable.

We did have a bit of a setback while cutting the spring barley – before the weather broke, with everything tinder-dry, a flint on the knife started a fire.

Rob and I gathered up our predecessors’ collection of antique fire extinguishers (about 20 of them) and, along with the gamekeeper and a friend of his, we just about kept the fire out of the standing crop until fire brigades came from 10 stations.

We were going to bale the straw and the fire was racing up the swaths, so I got the forklift to push the straw back and three neighbours rapidly brought cultivators to create breaks.

About 4ha of crop was lost and another 32ha of stubble burned, but no one was hurt and no machinery lost.

After, we emptied the local shop of bottled water for all the firefighters. We got a curry, went home, had a beer, and hugged our children.

My favourite comment has been from my middle daughter, Evie. While I was bailing out the induction pit for the old bin store, both girls picked up brooms to “help”. When George – our youngest – tried to pick one up, Evie said to him “out the way Georgie, this is girls work”.